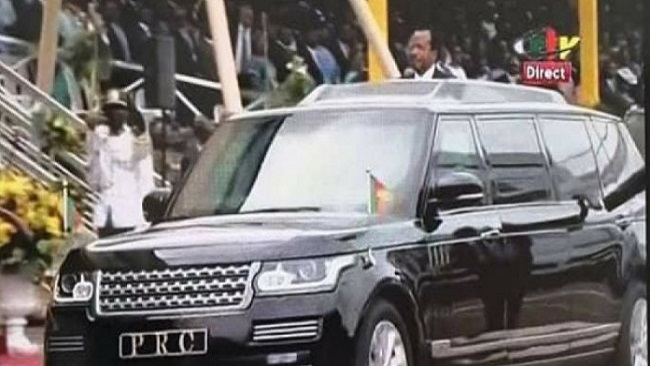 The U.S. Should Bid Biya Goodbye 0

It is not hard to find fault with Cameroonian President Paul Biya and his government. The overall stability of the country he has led since 1982, often from the luxury of the Intercontinental Hotel in Geneva, has crumbled over the past three years. After last year’s deeply flawed election—the norm in Cameroon—Biya has done little to resolve increasingly violent demands for secession from armed groups fighting to carve out a new Anglophone state called Ambazonia from the country’s Northwest and Southwest regions. He has failed to give any indication that his regime will scale back its efforts to crush dissent, and there have been no signs that his family will rein in their lavish spending beyond the country’s borders.

Cameroon deserves better—from its 86-year-old leader, and from every foreign power that enables his enduring misrule. Increasingly, Cameroonians at home and abroad are demanding that outside powers examine their ties to the long-ruling Biya regime. On June 29, hundreds of protesters in Geneva endured tear gas from Swiss authorities to do just that. It is well overdue for the United States to fundamentally recalibrate U.S.-Cameroon relations.

The rise of violent Anglophone secessionist militias in Cameroon’s west and of Boko Haram in the Far North region has left 4.3 million people—roughly one-fifth of the country’s population—in need of humanitarian assistance. In addition, at least 1,800 people have been killed and 500,000 more displaced due to these conflicts, with regular reports emerging of war crimes committed by the government, including torture and the burning of villages.

Cameroon deserves better—from its 86-year-old leader, and from every foreign power that enables his enduring misrule.

Biya has exacerbated Cameroon’s multiple, cascading crises by further cracking down on political dissent and opposition voices. Beyond not taking credible steps toward resolving conflict in the country’s Anglophone regions, the Francophone government of Cameroon is actively constricting opposition to Biya’s policies and efforts to challenge his authoritarian grip on power. On June 1, an estimated 350 supporters of the country’s main opposition party, the Cameroon Renaissance Movement, were arrested during demonstrations in which protesters demanded the release of party leader Maurice Kamto.

In October 2018, Kamto declared victory after the country’s presidential election, which resulted in Cameroonian authorities charging him with treason and a host of other major crimes, including “inciting violence” and “disrupting public peace.” Kamto has been in detention since Jan. 26 of this year, and if he is convicted in Cameroon’s notoriously biased courts, he could potentially face the death penalty. Kamto has already been denied access to legal counsel, a violation of both Cameroonian law and international legal norms.

Despite Biya’s recent clampdown on political dissent and his detachment from Cameroon’s multiple conflicts, the response from the United States and other foreign powers has been tepid up to this point.

Much more needs to be done to confront a regime that has routinely and unabashedly violated the rights of its own citizens.

The U.S. government has taken some incremental steps to reset the terms of its relationship with Biya’s government. In February of this year, the Trump administration suspended $17 million of military aid to Cameroon due to ongoing human rights abuses. And last week, Rep. Karen Bass, the top Democrat on a key subcommittee that focuses on Africa and the current chair of the Congressional Black Caucus, led a visiting U.S. congressional delegation to the country to assess the situation and call for peace talks between the government and separatists. However, much more needs to be done to confront a regime that has routinely and unabashedly violated the rights of its own citizens—one that relies on international disinterest and a steady stream of foreign lobbyists to clean up its image.

There are a number of concrete steps that the United States in particular should immediately consider.