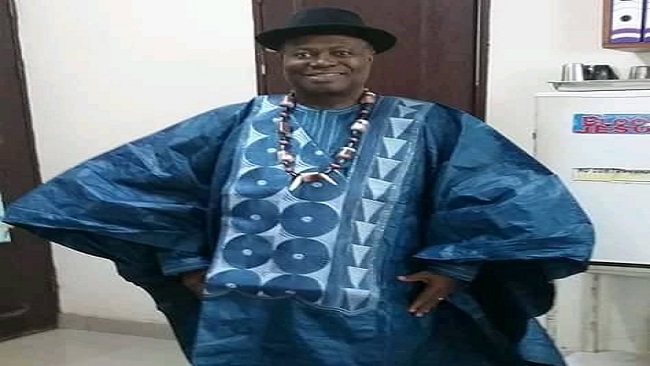 Humans are transient but institutions built on the foundation of truth, honesty and sound cultural connotation, linger long after our transition to the world beyond. Long after our time on this planet, great institutions will articulate our existence to our descendants and future generations. Such is the case with the institution of Chiefdom and Fondom in the Southern Cameroons. Their importance to the soul of our nation cannot be overemphasized.

Cameroon Concord News Group has been allowed reliable information that following the recent ritual recital in Mamfe by some CPDM collaborators of Manyu decent, a few within the Ambazonia Self-Defense circle have registered fury and discontent with the Paramount Chief of Mamfe, His Royal Highness Chief Dr. Godson Oben. This discontent has manifested into threats to his person.

Cameroon Concord News Group strongly condemns any threat to Chief Dr Godson Oben’s life and we of the Concord Group are urging the faction of the Ambazonia Restoration Forces that is considering such line of action to think and rethink and desist without delay.

We have incontrovertible evidence that the plot for the comical and hopeless ritual performance was hatched in Yaoundé without the express knowledge of The Paramount Chief of Mamfe. Consequntly, Ambazonia Self-Defense forces should direct their legitimate resentment and barrels away from the Mamfe Royal Palace.

The CPDM collaborators from Manyu working in accord with the Yaoundé criminal enterprise tried bullying the people into ending the Ambazonia revolution. Their utilization of the western machinery of mass killings for four years has failed.  They have met tougher resistance than they anticipated from man and the gods. Resorting to traditional rituals to bully and intimidate was an act of utter desperation.

It’s not uncommon for CPDM collaborators to overstep their jurisdiction. But in the Ambazonia struggle, they must recognize that they are termites attempting at demolishing rocks. For more than four decades, Manyu has chewed with caution and we have done so under the silent and direct supervision of Chief Dr Godson Oben.

While the disappointment and anger in Manyu is legitimate and merit serious consideration and action, the jurisdiction of Amba Self-Defense forces must be established and clearly defined. A tree can dwell in the river but would never be a crocodile.

Any assault on the Paramount Chief of Mamfe, His Royal Highness Chief Godson Oben, is an attack on a valuable and indispensable institution of the Southern Cameroons we intend to build. Ambazonia intends to be a country built on solid foundation with strong institutions. And the Chiefdoms and Fondoms are timeless and the most vital tools needed by the people of Southern Cameroons.

Ambazonia Self-Defense forces have the powers to impose sanctions and bring criminal proceedings against those who commit atrocities and collaborate in criminal ventures in Manyu. But the Paramount Chief of Mamfe is not one of such persons.

The bad faith and poor judgment of the public performance that shocked the world three weeks ago must not lead us into a journey of many dangers.  The Mamfe Royal Palace is a no go area for both Ambazonia Restoration Forces and the French Cameroun army.

Paul Biya’s hostility towards objective and apolitical traditional institutions is well documented. But the Southern Cameroons we intend to build must accord these institutions their rightful place. Their roles have been clearly defined by His Excellency President Sisiku Ayuk Tabe and all citizens must be educated on the veneration to accord them. Traditional rulers represent constituted divine authority that towers above Biya and his crime syndicate.

The fuzziness of the traditional ritual and the maliciousness of its intended outcome suggest an enterprise to delight political masters in Yaoundé. It achieved nothing than simply putting the Roman Catholic Church in Mamfe to shame (We shall come back to this in a later editorial). The perpetrators of the traditional crime shall face the long arm of the Southern Cameroons justice system no matter how long it takes.

Traditional institutions in Southern Cameroons draw their legitimacy from the broad support of the people and history. Since 1982, the politicizing of these institutions for CPDM gains by some delinquents remains an open secret. It is also shameful that CPDM villains have attempted to use the institution of chiefdom to perpetrate their criminality in the Southern Cameroons. But the real offenders and perpetrators on this Manyu ritual scandal are known by the people and the Paramount Chief of Mamfe is not one of them.

As only evil knows where evil sleeps, the CPDM gangsters of Manyu origin directly involved in the public performance of rituals to stop the Ambazonia revolution, are owls that have now made some of their unattractive secrets public. They are evil-plotters beating their drums for the downfall of Manyu and Ambazonia but they must know that the gods will not let the drums sound.

The Chiefdoms and Fondoms are facing possibly the greatest challenge of their almost 950 years of recorded existence. Cameroon Concord News and Cameroon Intelligence Report are confident that the voices of our 20,000 daily readers are the voices of the gods. The fury of the gods should not be invited upon our land by crossing a red line that shouldn’t be crossed. The Paramount Chief of Mamfe, Chief Dr Godson Oben must be allowed to discharge his duties without interference.