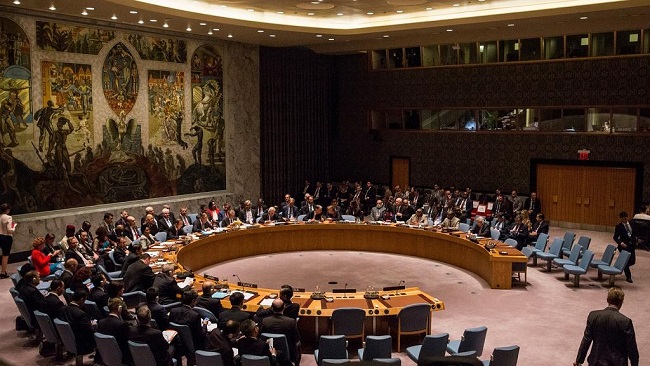 The United Nations Security Council has called for an inclusive dialogue as a means of ending the conflict that has been raging in Cameroon for three years.

Speaker after speaker at the UN headquarters in New York called for a regional and international response that will help end the hostilities that have been playing out in the two English speaking regions of the country.

Security council members hold that sub-regional and regional organizations should be empowered to help Cameroon overcome this challenge that is really threatening the continent and creating refugees that are mounting pressure on neighboring countries. Even Equatorial Guinea urged Cameroon to look at the root cause of the conflict, adding that the issue could be properly addressed through inclusive dialogue and negotiations.

While all the other countries that got represented on the Security Council said the situation in Cameroon was worrisome and could pose a real threat to the sub-region and continent, the Cameroon ambassador to the UN argued that the government was in control of things and was capable of addressing the issues with the support of its partners . He added that the country was dealing with terrorists and secessionists, adding that the government understood the country more than anybody else. He produced a litany of complaints, adding that some Security Council members had come to the session with a hidden agenda of destabilizing the country.

He added that some countries also had plans to obtain contracts for their NGOs, stressing that the government had delivered assistance to refugees and internally displaced persons in various parts of the two English-speaking regions. The ambassador’s body language and argument spoke to the desperation of the Yaounde government that is under enormous international pressure.