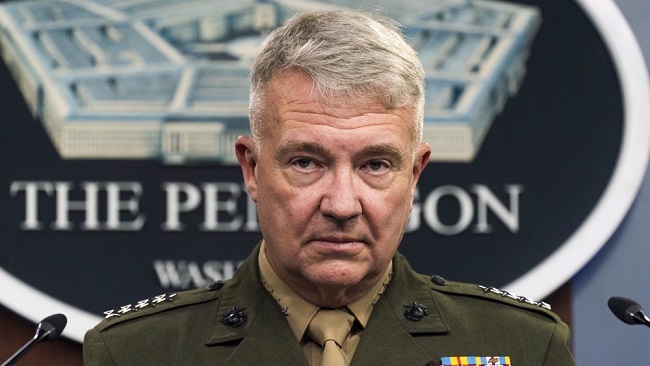 US general in UAE 0

The US general in charge of American forces in the West Asia region has arrived in the United Arab Emirates after a string of Yemeni counterstrikes that caught Abu Dhabi off-guard.

Marine General Frank McKenzie, the head of the United States Central Command, traveled to the Emirates on Sunday ahead of the schedule, after Yemen’s defense forces carried out at least three rounds of retaliatory attacks against the UAE’s sensitive spots in the space of a single month.

“I think it’s a very worrisome time for UAE. They’re looking for support. We’re here to help them to provide that support,” McKenzie said shortly before landing in Abu Dhabi, Reuters reported.