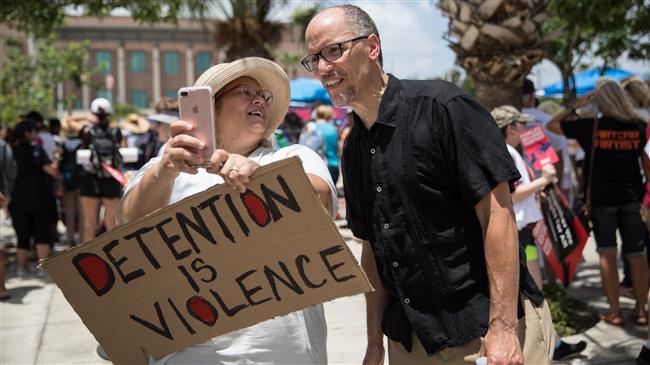 Over 1,000 people protested outside the federal courthouse for the Southern District of Texas in Brownsville on Thursday, decrying the separation of undocumented children from their parents.

American Civil Liberties Union (ACLU) National Campaigns Director Natalie Montelongo was attended the protest. She said: “there was a recent injunction that happened two nights ago that demanded that children under five be reunited within 14 days and the rest of the children within 30 days, but we must continue vocalising our views and mobilising in action to make sure the administration implements that.”

Another protester, Ryan, said that it was fundamental that people start taking action. “We absolutely have to occupy spaces. This won’t be done through voting anymore. We cannot turn this around through legislation or bureaucracy”, he said.