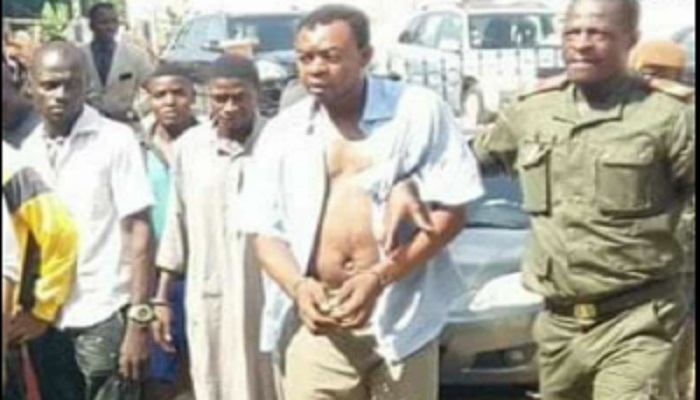 A French Cameroun kangaroo court with a conviction rate of almost 100 percent against Southern Cameroonians has concluded the much-delayed trial against the vocal radio host and Southern Cameroons activist Mancho Bibixy on Friday.

Bibixy Mancho leader of the coffin revolution in Bamenda the chief city in the Northern Zone in Southern Cameroons faced uncountable charges, ranging from terrorism to disrespect for state institutions.  The charges were all condemned as baseless and politically motivated by human rights groups including Amnesty International.The case was heard in the Yaoundé military tribunal.

Mancho Bibixy received widespread international support, including a letter from the detained President of the Federal Republic of Ambazonia, Sisiku Ayuk Tabe. Mancho nonetheless knew there was a strong likelihood that he was going to be convicted. “Under the Biya Francophone military law, I am already convicted,” he told Cameroon Concord News.

Reacting to the French Cameroun verdict against Mancho Bibixy, the Chairman of the Cameroon Concord News Group Soter Tarh Agbaw-Ebai said, “Jesus Christ had to deal with just one Pontus Pilate. Bibixy Mancho had a hall full of them in Yaoundé.” The case was challenging and lasted 16 months. Mancho Bibixy faced more than 56 French Cameroun witnesses, all of them army soldiers who are illegally occupying Southern Cameroons.

Here are the various jail terms slammed by the president of the Yaoundé military tribunal, Colonel Abega Mbezoa Epse  Eko Eko on the seven (7) Southern Cameroons activists in Yaounde:

The defense lawyers have promised to appeal the case

By Chi Prudence Asong with files from Rita Akana in Yaounde