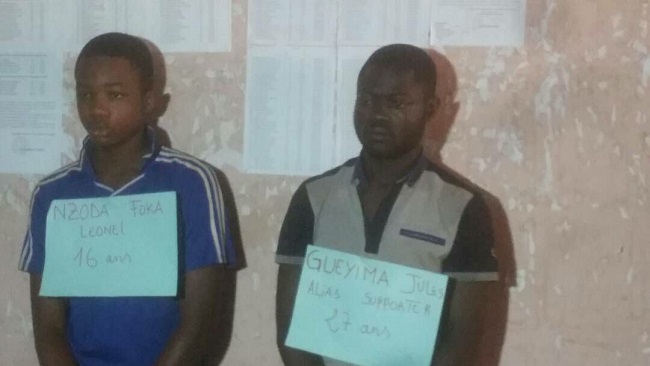 A two-man crime spree on December the 19th 2017 in Yaoundé ended in the murder of Revered Ewala Jeremiah of the Presbyterian Church at Nkolbison, according to information released by the police.  .

Officials on Thursday the 4th of January 2018 announced murder charges against two men—in the killing of Pastor Jeremiah Ewala on the sanctuary of the Nkolbison Church. The main culprit, a 16 year old had faced related burglary charges.

The Nkolbison district prosecutor’s office made public the charges, hours after police announced the arrest of the two young men.  Some religious leaders in the nation’s capital have expressed extreme relief by the news of the arrest and hoped “that Jesus would give the pastor’s family and the church a heart of forgiveness.

Our Yaoundé informant who had strong ties with the late Pastor Jeremiah Ewala said “Though everything inside of me wants to hate, be angry, and slip into despair I choose the route of forgiveness, grace and hope.”

Police in Yaoundé had identified the body found behind the Presbyterian Church at Nkolbison as that of Revered Ewala Jeremiah who served as Parish Pastor in the Nkolbison congregation. Police also hinted that the death was deemed suspicious. The late Pastor Ewala Jeremiah went missing since Tuesday the 19th of December 2017.