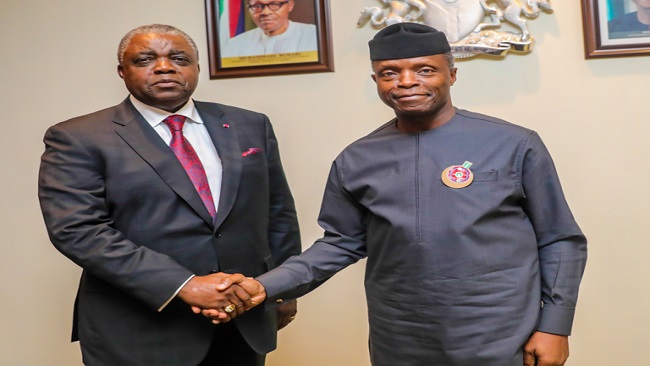 Ambazonia Crisis: Arrest is a blessing in disguise 0

When news broke out that the President of the Federal Republic of Ambazonia, Julius Ayuk Tabe, and his cabinet had been arrested in Nigeria, many people thought that was the end of the struggle. A feeling of frustration and despondency swept across the English-speaking regions of Cameroon, especially in Manyu Division, Mr. Julius Ayuk Tabe’s place of birth. The Yaounde government had already planned a huge party, with many journalists waiting at the airport in Yaounde to take a peek at the fallen Ambazonian leaders. The struggle was being discredited in many quarters in Francophone Cameroon, but the party was not going to last. The government had organized a party that might never be.

Milan Atam, the new Southern Cameroonian hero, had cut the party short. His late arrival at the meeting venue where Mr. Julius Ayuk Tabe and his comrades were holding a meeting on refugee management turned out to be a blessing in disguise. Milan Atam had witnessed flight delays and this happened to be God’s plan. He quickly turned off the Yaounde music that had been blaring to the dismay of Southern Cameroonians. The Southern Cameroonian struggle seems to have received the blessing of the Almighty and Mr. Atam did all the right things. He immediately put the information on social media and informed the network of lawyers that sprang into immediate action. This helped to puncture the move by the Biya regime to cut off the neck of the struggle. Today, the African Bar Association is up in arms against the federal government which it accuses of abduction.

The Nigerian Secret Services has been left with a hot potato on its hands. It has been tricked by the corrupt government in Yaounde to join a mission that was doomed to failure right from the beginning. Poor planning and early celebrations speak to the quality of investment that had been put into the event. Millions of dollars are alleged to have been spent on this failed mission. Rene Sadi, Cameroon’s Minister of Territorial Administration, was in Abuja on the day the drama was playing out and a Cameroonian military jet was seen at the Abuja international airport ready to pick up Mr. Ayuk Tabe and his cabinet to Yaounde where they would have been ridiculed and maybe sent to an early grave.

But this may never happen. The road ahead is long. Cameroon has ended up with a huge embarrassment on its hands. It has to explain to the Buhari government how it had to corrupt members of its secret service just to abduct Southern Cameroonians who are being considered in Nigeria as freedom fighters.

The Southern Cameroons crisis that had started cooling off has been thrust back to the global arena and the entire world is now aware of the Machiavellian plan the Yaounde government has been hatching while pretending to preach dialogue and unity. The road ahead is long and bumpy. The only chance the Yaounde government now has is to try an extradition application. But as things stand, Cameroon and Nigeria have no extradition treaty and some of those arrested are refugees recognized by the United Nations, while others hold American and European passports.

This might have caused the Nigerian government to panic. It has promptly declared that it had not arrested the group of freedom fighters, but from every indication, not many people are buying into what Nigerian authorities are selling. Besides, Mr. Ayuk Tabe is well connected in Nigeria. He was granted the presidency of the Federal Republic of Ambazonia because of his ability to carry the Southern Cameroonian crisis to the right places. His tentacles reach the highest levels of the Nigerian government.

For now, a few big Nigerian guns have come out to throw a few jabs at the Cameroon government for its recklessness and abuse of human rights. Speaking on the BBC Focus on Africa on Thursday, January 11, 2018, Nigeria’s former president,Olusegun Obasanjo, called on the government of Cameroon to treat its citizens with dignity. But the most vocal calls have come from the Governor of Cross River State. He has been throwing lots of punches and striking the right places. He has chided the federal government for doing nothing to ensure that the Southern Cameroons problem is properly addressed so as to stem the flow of refugees into his state.

By chasing Southern Cameroonians out of their homes in Manyu Division, the government of Cameroon has unfortunately internationalized the Southern Cameroons crisis. If care is not taken, the fighting in Manyu Division and the abduction of Ambazonian leaders could finally drag Nigeria into the mess. The mess is spreading and very fast too. Everyone is expecting to see the Yaounde government submit its extradition application which will be examined in a Nigerian court.

A tough battle lies ahead since as a rule of international law, extradition is not automatic. According to Dr. Mbeli Valentine Tebi, a holder of a Ph.D in law from a NigerianUniversity and the current dean of the faculty of law in a Ugandan university, “there is no obligation on states to extradite suspects or offenders to other sovereign states. Extradition is largely regulated by conventional international law through the instrument of treaties. This rule however operates subject to an exception.Even where there exists an extradition treaty allowing a sovereign state to arrest and deliver a fugitive to another state to stand trial or serve a punishment, there is an explicit legal procedure that must be followed. This procedure is espoused in the relevant statutory instruments. Extradition is not simply an arrest and handover process. It has to go through the rigorous process of court adjudication where an application to that effect may either be granted or rejected. A decision not favourable to any party to an extradition suit may equally be appealed through the relevant appellate channels to the Court of Appeal and eventually to the Supreme Court.”

He adds that “It is trite law that an extradition order will not been granted where it is aimed at prosecuting or punishing the fugitive on account of the fugitive’s race, religion, nationality or political opinions.” He points to Section 3(2) (a) of the Extradition Act, adding that political offences are clearly not extraditable.

According to United Nations Office on Drugs and Crime Country Office in Nigeria, these offences are “acts or conducts that are directed against governments or sovereign authorities of state without elements of common crime. These crimes violate the State and not any individual person.” “Examples of political offences have been given by Kenelly J.J. to include treason, sedition, espionage and, to a large extent, disagreement with state ideology. The crimes alleged to have been committed by the Ambazonian leaders by all descriptions fit the notion of political crimes which as earlier indicated, are not extraditable,” he stressed.

The arrest of the leaders seems to be delivering some good fortunes. While the leaders sit quietly in their luxurious villa in Abuja and are enjoying their VIP treatment, many observers are already arguing that this is time for the government of Cameroon to meet Southern Cameroonians halfway. The Yaounde government is clearly running out of options. Its bullying and intimidation have only gone a long way in radicalizing Southern Cameroonians. Its military action in Manyu Division has only sent many young military men to an early grave and this is causing the Francophone majority to start asking questions about the usefulness of an expensive and poorly thought out military adventure.

It should be recalled that Mr. Ayuk Tabe had once clearly stated that Nigeria would be a huge player in any negotiations with the Yaounde government and this might turn out to be the case. Though Cameroon’s minister of communication, Issa Tchiroma, had declared last Saturday that his government had nothing to do with the abduction of Ambazonian leaders, it is obvious that the Yaounde government has been given food-for-thought by this action that has once more exposed it as an iron fist in a velvet glove.

The Southern Cameroons crisis will never be addressed through brinkmanship. The Cameroon government will have to swallow its pride and go over to Abuja to talk about the new republic whose time has come. While in captivity, Ambazonian leaders may be asked to tone down their rhetoric and walk away from their gospel of separation. They will also be called upon to embrace a new philosophy – federalism – which will bring more power to the regions and transform Yaounde into an empty shell. Abuja will certainly require a median path. Secession will not be in its interest and given the failure of the unitary state, it might have to breathe down the neck of the Yaounde government for it to accept the lesser of two evils – federalism. Yaounde just like Ambazonia must come to the realization that their chances are greater at the negotiating table than in the Manyu jungle where many young men have been sent to an early grave.  Many political analysts and observers are already seeing a silver lining on this political and military cloud that has been hanging over the country for more than a year like the Sword of Damocles. It is time to talk and both parties must swallow their egos to face the truth.

By Betek Kingley in Abuja