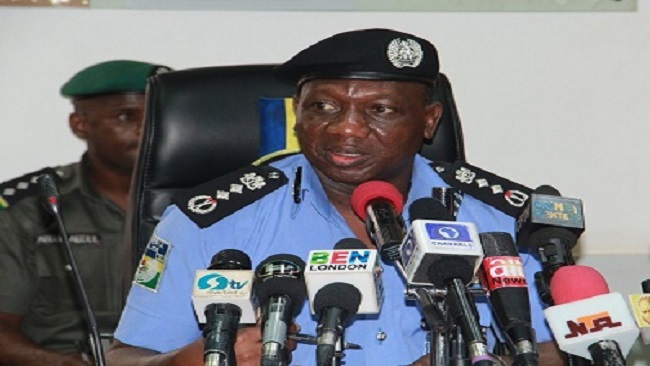 Nigerian Police Force, NPF,  has explained  that leaders of Cameroon’s Separatist Movement who were arrested within Nigeria’s territory flouted the nation’s laws by operating training camps in Nigeria. IGP-Idris Vanguard’s investigation revealed that members of the Cameroon’s Christian Secessionist group, who were agitating an “Indigenous People of Biafra, IPOB-styled” independent movement were arrested in both Taraba and Cross River states. The two states have boundaries with the Southern parts of Cameroon hence there is easy access to Nigeria.

According to a Police source, “the government of Nigeria cannot be seen to be habouring separatists from a neighbouring Country like Cameroon when both countries are cooperating and jointly fighting to uproot Boko Haram terrorists who are insurgents trying to impose their own Islamic state in the North east.

“Moreover, it is common knowledge that the federal government of Nigeria recently clamped down on the illegal activities of the IPOB (Independent Peoples of Biafra). So how can the territory of Nigeria be used to train separatists to cause civil disobedience in such a friendly country.”

A security source confirmed to Vanguard that the arrested leaders were caught red-handed within the training camps for separatist members for future confrontation with the Cameroonian authorities. It was gathered that the separatist leaders would be moved to Force headquarters, Abuja, since the issue of training camps across borders have become an international and diplomatic issue. There was also indications that officials of Nigeria’s ministry of Foreign Affairs and Cameroon’s Embassy in Nigeria were already holding discussions over the arrest.