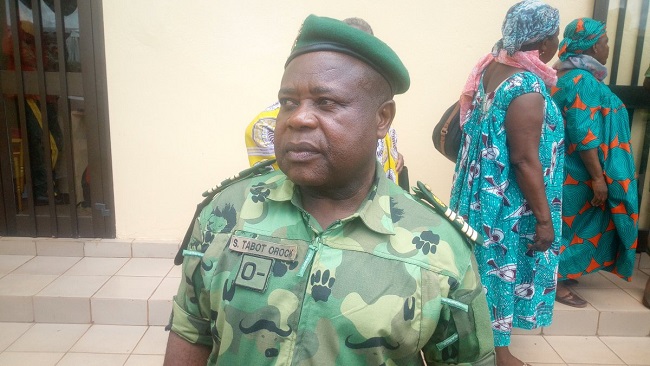 Colonel Tabot Samuel Orock was fired unjustly as commander of the Cameroon UN peacekeeping force by the Cameroon Minister of Defense, Joseph Beti Asomo because he has no ‘Godfather’ and also because he is an Anglophone, Cameroon Intelligence Report has gathered from a well-placed source in Yaoundé.

The peacekeeping force in the Central African  Republic has huge infusions of cash from the UN, so the Biya Francophone Beti Ewondo regime has replaced Colonel Tabot Orock with Captain Awono Louis Thaddée, a blood relation to Defense Minister Beti Asomo who is corrupt in order to channel most of that cash to ‘high places’ in Yaoundé.

We understand Yaounde fired Colonel Tabot Orock upon the UN’s request without carrying out any investigations, which is not the right procedure.

Colonel Samuel Orock Tabot, is a graduate of the prestigious West Point U.S. Military Academy as well as the Naval Postgraduate School in Monterey, California. His assignment to lead this deployment was a testament to the seriousness with which Cameroon viewed its role in regional peace and security.