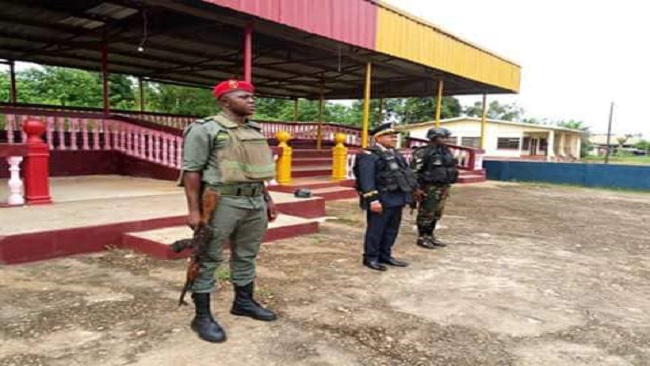 In what unfortunately, has become the unedifying trademark of their favorite pastime, there is a surge of Graffi-bashing on social media platforms by self-elected guardians of the SW estate who are engaged in a well-orchestrated campaign to divide and break the Anglophones resolve and resistance in the face of the genocidal war of attrition being waged by the vampire regime of the 85-year-old president Biya, now tottering on the borders of senile decay.These self-aggrandising buccaneers and CPDM hacks masquerading as SW opinion leaders have been gas lighting the dead horse of NW/SW divide,with a revanchist, xenophobic narrative that Northwesterners are the straw man of the ongoing Anglophone crisis. They are shamelessly vilifying Northwesterners for Biya’s genocide, even as the carnage continues unabated as soldiers struggle to contain a crisis that has escalated from a low-intensity conflict to full-blown military insurgency. We have seen this movie before, hence no one is fooled. The vast majority of Southwesterners know the Graffi man is not their enemy: it is the successive Francophone-dominated regimes from Ahidjo to Biya that have pillaged the SW region of its natural resources to finance a gangster kleptocracy in Yaoundé, leaving Southwesterners in abject poverty and misery. One million hate speeches and xenophobic attacks on Northwesterners will not change this reality; it is a fact!

Whilst it is true that the inflammatory postings by these CPDM cheerleaders are irritating, despicable and dishonourable; and although it may be annoying that this demented cast of sycophants, wallowing in such demeaning drama of adulation, can even pretend to speak on behalf of Southwesterners, their actions reflect the abysmal level of ignorance, misguidedness and mischief being communicated to gullible Anglophones, who might be tempted to believe their hallucinations. This would be a sad mistake. If anything, these ranting SW Provincialists are sick are demented and need help to get out of their impertinent self-flagellation. They suffer from Graffi Derangement Syndrome (GDS): a personality disorder which manifests as obsessive, compulsive and visceral hatred for anything graffi. GDS symptoms include inferiority complex, self-defeatism, impulsivity and self-denial and prognosis range from acute, chronic to critical, where patients have to be confined to the ICU –intensive care unit of xenophobia.

GDS patients blame Northwesterners for everything that is wrong with the SW and refuse to take responsibility for their own actions and self-inflicted disasters. Just read or listen to their garrulous banter and rationalizations for their Graffi-phobia and you will notice the illogical absurdities in their apposite attacks on Northwesterners, is matched by a penchant for finger-pointing, actuated by a primitive vendetta of self-abnegation and a certain blind, narrow-minded hate, borne of an unseemly grievance prejudice against the Graffi man. For example, nihilistic soldiers have burnt down villages in the SW, raped, tortured, murdered and arrested thousands and forced thousands of other Southwesterners to flee their villages into the bushes. Anyone who claims to be a defender of SW interests would be calling the regime out for these crimes against humanity and gross human rights violations. But these sycophants want us to blame the Graffi man. If this is not the climax of hypocrisy that stinks to the high Heavens, one wonders what else is.

Externalizing the problems bedevilling the SW and trying to make Northwesterners as the bogeyman will, in no way alter the calculations on the ground where the guns are now doing the talking. Whatever moral equivalency these self-elected defenders of the SW estate try to establish, the fact remains that they do not speak for the majority of Southwesterners. Their bile and vitriol, ornamented with bellicose and provocative grandiloquence against Northwesterners, advertises in spectacular fashion, the fact that the so-called one, united and indivisible Cameroon is a hoax!These self-seeking opportunists, lack the intellectual capacity to understand the explosive danger and futility of divisive micro-nationalism. Else, how can Southwest CPDM elite and their Graffi-hating bigots be preaching national unity, while at the same time declaring Northwesterners as persona non grata in the SW; in violation of the Constitution which gives every Cameroonian the right to settle in any part of the country?

It is a pity that we must witness the circus of this pathetic skull duggery unfolding on social media.Indolent Southwesterners will always play the victim and pander to the regime for political crumbs by increasing their nuisance value to seek for public notice. Unfortunately, it is a waste of time trying to use facts, logic and reason to cure GDS. Now that we know these ranting SW Provincialists are afflicted by Graffi Derangement Syndrome; now that the flatulence of their fibs and their shameless attempt to distort and muffle our history has been exposed, we should not condemn them; rather we should pity them. Obviously, they are vexatious to the spirit, but our collective memory can filter whatever narrative they want to foist on us.They believe they are winning when other well-meaning Anglophones engage them on social media. We should therefore ignore them, and instead pray for the remission of their sins against Ambazonia.

Anglophones cannot afford to be distracted by people who speak the language of yesterday with such profound recklessness without any due consideration of the consequences of projecting such a narrow political agenda. That anyone not blinded by prejudice or self-interest would champion hypocrisy and double-speak as the war cry for SW nationalism is clearly beyond commonsense.How can anyone really believe that because he had an unsavory experience with one Northwesterner, all Northwesterners are bad people?How can anyone argue that a mistake made in 1961 was a life sentence that Anglophones cannot correct? Southwesterners must not allow themselves to be stampeded by an eccentric minority of Graffi-haters and detractors. The regime is desperate to break the momentum of the resistance because it cannot win the war on the battlefield.We must unite with our NW brothers and sisters because together we cannot fail. We must keep faith with the sacred covenant signed with the blood of those who have paid the ultimate price, so that we should be free.This struggle is no less our struggle;than it is that of the Ambazonia fighters on ground zero or the Anglophone Diaspora.

The challenge for Southwesterners is to rise above narrow ethno-tribal geo-political considerations that undermine our struggle for freedom.The fury of the enemy continues to be unleashed on our people, many of whom have been killed. Why should we give up now when nothing has changed? Think about those who have paid the ultimate price for this struggle. And then ask yourself: was it a Graffi man who burned my village? Was it a Graffi man who raped my daughter or sister? Was it a Graffi man who arrested, tortured and killed my father, mother and brother? Granted that the NW/SW relationship has many challenges, there is more that unites us than divides us. If we as one people remain resolute and defiant in the face of genocide; if we recognize that this struggle is not about us individually and focus on the big picture; then, Southwesterners should not continue in coward servility because it is folly to listen to the advocates of the enemy’s cause, and to fancy that if we castigate Northwesterners, Southwesterners will henceforth cease to be second-class citizens and the SW region will no longer suffer marginalization and discrimination.

On a personal note,I would ordinarily not join issues with these Graffi Derangement Syndrome victims,because they are mentally challenged and their arguments are neither grounded in historical facts nor logic, reason or commonsense; but on subjective personal emotions. But I feel constrained to speak out, particularly now, because there is a misdirected campaign by revisionist bigots to re-write Southern Cameroons history, while acting out the divide-and-conquer script written by the CPDM regime. It was Ayukogem Stephen Ojong; Publisher of The Median Newspaper who remarked in exasperation that Southwesterners held the Prime Minister’s job for 12 years and nothing substantial came out of it for the region. Achidi Achu held it for four years and created an expansive business and middle class in the NW region. And when push came to shove during the fundraising for Biya’s humanitarian genocide relief for Anglophones, just four Northwesterners – Baba Danpullo, Shey Jones Yembe, Eric Njong and Goddy Talla contributed about FCFA 100 million; more than the total amount raised by the entire Southwest region. Of course, the Graffi man is responsible for the inability of Southwesterners to rise up to the challenge of personal example, which is the hallmark of true leadership!

Those ranting SW provincialists and their paymasters must understand that Graffi-bashing as a national pastime and favored political sport by SW CPDM elite has had its day and must now end in the interest of the collective Anglophone struggle for freedom.The ridiculous assertion that the Graffi man is responsible for everything that is wrong with the Southwest is laughable and should attract no further comment. Let me assure our Northwest brothers and sisters that the silent majority of Southwesterners are not afflicted by Graffi Derangement Syndrome.