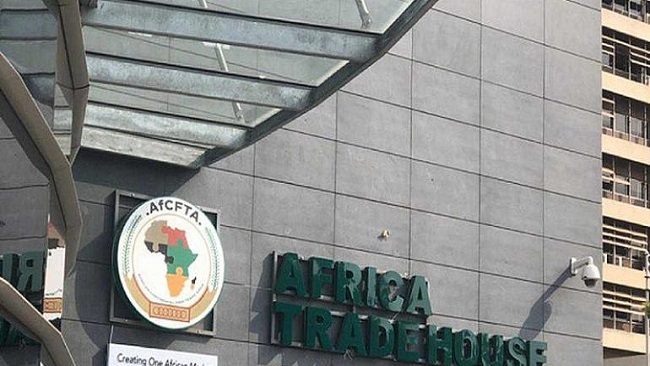 Cameroon becomes the 33rd party to ratify the AfCFTA 0

“The Republic of Cameroon became the 33rd AfCFTA State Party following the deposit of its instrument of ratification this 1st December, 2020,” Ambassador Muchanga said on his Twitter handle.

Cameroon’s decision comes after Lesotho and Tunisia submitted their own instruments on 27 November, leaving only 21 countries yet to ratify the treaty. They are Benin, Botswana, Burundi, Cape Verde, Central African Republic, Comoros, the Democratic Republic of the Congo, Guinea-Bissau, Liberia and Libya. The others are Madagascar, Malawi, Morocco, Mozambique, Nigeria, Seychelles, Somalia, South Sudan, Sudan, Tanzania and Zambia.

The AfCFTA agreement entered into force on 30 May 2019 after the treaty was ratified by 22 countries — the minimum number required under the treaty — out of the 54 that agreed to be members of the bloc. Eritrea is the only country which has yet to make any commitment to the continental body.

Trading was earlier scheduled to start on 1 July this year but it was postponed for six months owing to the COVID-19 pandemic.

The AfCFTA provides the opportunity for Africa to create the world’s largest free trade area with the potential to unite more than 1.2 billion people in a $2.5 trillion economic bloc and usher in a new era of development. It has the potential to generate a range of benefits through supporting trade creation, structural transformation, productive employment and poverty reduction.

The ECA through its African Trade Policy Centre has been working with the AU to deepen Africa’s trade integration through the effective implementation of the agreement by supporting the AfCFTA ratification process through policy advocacy.

The ECA is also assisting the member-states to develop national strategies for the implementation of the AfCFTA in partnership with the AUC, International Trade Centre (ITC), the UN Conference on Trade and Development (UNCTAD) and a selection of independent trade experts with the financial support of the European Union (EU).