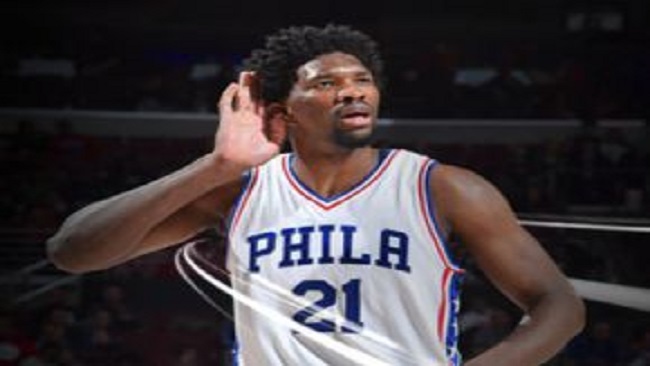 Cameroonian basketball player Joel Embiid, of the Philadelphia 76ers, is donating $500,000 (Sh53,201,100) to coronavirus relief and helping team workers who have had their salary temporarily cut due coronavirus outbreak.

The Sixers announced they will slash salaries up to 20% for a few employees to help the franchise stay afloat throughout this 2019-20 season hiatus.

In a statement regarding the temporary salary reductions for some employees, Sixers CEO Scott O’Neil said, “To ensure we can continue to support and operate our businesses during these uncertain times without reducing our workforce, we are asking our full-time, salaried employees to temporarily reduce their pay by up to 20 percent and move to a four-day week.”

And according to ESPN’s Ramona Shelburne, Embiid is donating $500,000 to help survival and protection efforts in the community.

“Philadelphia 76ers star has decided to pledge $500K to COVID-19 medical relief—to help survival and protection efforts in the community. AND he’s committed to helping Sixers employees who will suffer financial hardship in light of the franchise’s salary reductions,” Ramona Shelburne tweeted.

Embiid, who has been in self-isolation since March 11, is the third highest-paid player on the team, making $27.5 million this season as part of his max-scale rookie contract extension.

The Sixers announced last Thursday that three members of the organization tested positive for the coronavirus.

Joel Embiid was born on March 16, 1994, to a military officer, Thomas Embiid, and his wife, Christine Embiid, in Yaoundé, Cameroon. His father was also into sports and played handball.

He grew up playing volleyball and soccer and didn’t start playing organized basketball until 2011 when he was 17 years old.

Joel Embiid was discovered by Luc Mbah a Moute, another Cameroon native, and an NBA player, at a basketball camp in the country. Embiid moved to the US at the age of 16 taking Moute as his mentor.

He played one season of college basketball at the University of Kansas before declaring early for the NBA.

Joel Embiid declared for the 2014 NBA Draft on April 9, 2014. He was selected for the third overall pick by Philadelphia 76ers six days after his declaration.