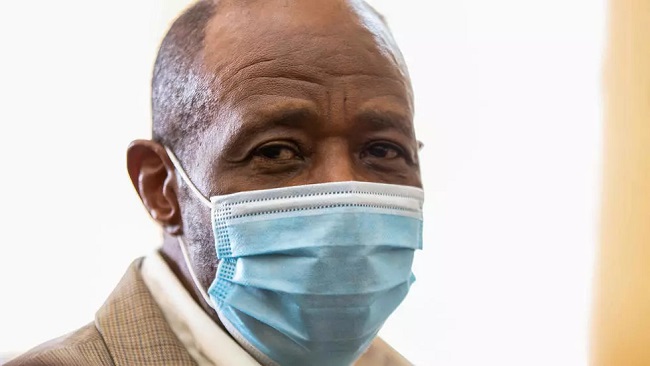 Paul Rusesabagina, depicted in a Hollywood movie as a hero who helped save Tutsis during the Rwandan genocide, told the New York Times he believed he was flying to Burundi at the invitation of a pastor, but was instead lured to Rwanda and arrested on terrorism charges,

Rusesabagina was speaking to the US daily in an interview the paper said had been authorised by the Rwandan government and had taken place in the presence of government officials. “How I got here – now that is a surprise,” he told the newspaper. “I was actually not coming here.”

The 66-year-old Hutu political dissident and former hotel manager was propelled to fame after the Oscar-nominated film “Hotel Rwanda” portrayed him using his connections with the Hutu elite to protect Tutsis fleeing slaughter during the 1994 genocide. The Hollywood film credits him with saving the lives of more than 1,200 people as they sheltered in the hotel he ran.

Some 800,000 mostly Tutsi but also moderate Hutu were killed in the genocide.

He had been living in exile since 1996, where he was a prominent critic of Tutsi President Paul Kagame, accusing him of stifling political opposition, authoritarianism and anti-Hutu sentiment. He holds both Belgian citizenship and a US “green card”.

Rusesabagina suddenly appeared in custody in Rwanda earlier this month, prompting accusations from his family that he had been kidnapped. But he says he voluntarily boarded a private plane in Dubai that he believed was bound for Burundi’s capital Bujumbura, where he had planned to speak to churches at the invitation of a local pastor.

Instead, he landed in Kigali, where he now faces 13 charges, including terrorism, complicity in murder and forming or joining an irregular armed group with children involved. The NYT quoted Rwanda’s spy chief as saying “he delivered himself here”.

The plane was operated by GainJet, a charter company based in Greece that is often used by Kagame, the report said.

A spokesman for the prosecution on Wednesday told Reuters that Rusesabagina, who once called for armed resistance to the government in a YouTube video, faces a possible life sentence. He was denied bail on Thursday and will stay in jail for 30 days as the prosecution ends its investigations.

The NYT was not able to speak to the pastor, and says Rwandan officials believe he was actually heading there to coordinate with armed groups based in Burundi and Congo.

In 2018, Rusesabagina co-founded an opposition group, the Rwandan Movement for Democratic Change (MRCD), which is said to have an armed wing called the National Liberation Front (FLN).

In multiple speeches, Rusesabagina has expressed support for the FLN – which has carried out armed attacks and is described as a terrorist organisation by Rwanda – but the extent of his involvement in its actions is unclear.

He has nevertheless denied forming the group.