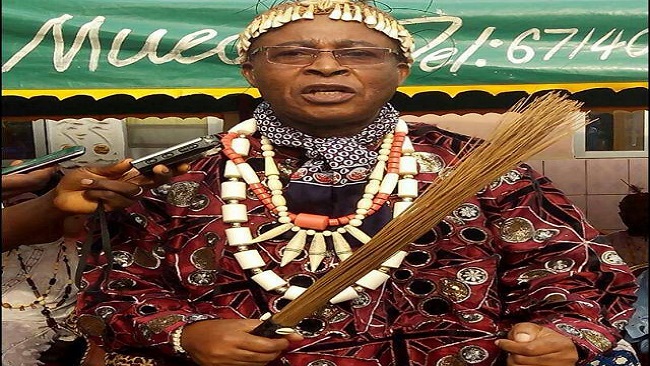 The paramount ruler of Upper Muea HRH IKOME DAVID MOLINGE has disappeared. Cameroon Concord News has gotten information that Chief Molinge traveled to the land of his ancestors this morning. His daughter, Princess Joan Molinge recently observed that her dad’s health had deteriorated and the late chief had been receiving medical attention in and out of the country.

An aide to the Muea traditional leadership who spoke to us but sued for anonymity lamented that the death of Chief Molinge is a huge loss to the Molinge family and the Fako people in general. Speaking to our reporter, Chief Maliva Ndive Samuel said he received the news of his colleagues’ demise with great shock. He described Chief Molinge as a brave and fearless leader who always stood up and fought for the interest of the Bakweri people.