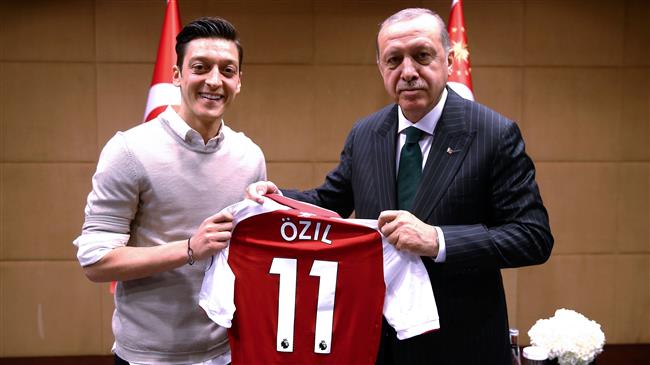 Around 100 people protested outside the Axel Springer HQ – home of Bild, Die Welt, and Fakt – under the motto “I am Ozil” in reference to scandal over German footballer of Turkish origin Mesut Ozil.

Many demonstrators held Turkish flags and wore jerseys with Ozil’s name on them as well as T-shirts depicting the Turkish president Recep Tayyip Erdogan.

Earlier in the month, Ozil retired from international football at the age of 29, citing ‘disrespect, insults and pressure’. He and teammate Ilkay Gundogan were widely criticized for posing in a photograph alongside Turkish President Recep Tayyip Erdogan, with many questioning their loyalty to Germany’s values.