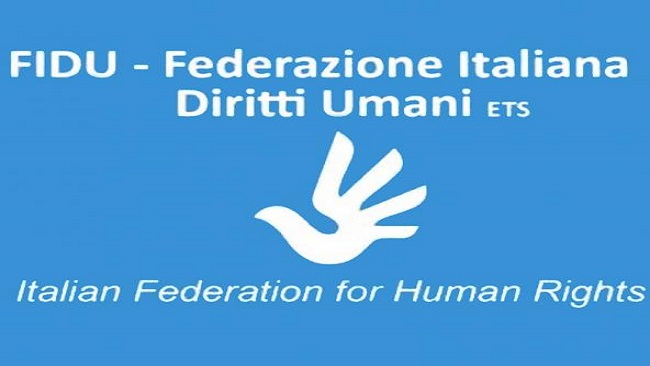 On October 24, masked armed men killed at least 7 innocent school children and left many wounded in their classrooms in Kumba, in the Anglophone region of Cameroon.

This astonishing crime is not the first in a region where there are concrete risks of a genocide, as the international community is apparently unwilling to take concrete measures. In February 2019, about 12 children and a pregnant woman were massacred in cold blood in Ngarbur.

The Cameroon government initially put the blame on the ‘separatists’ groups; only after pressure from the international community, it acknowledged that the killing had been done by government forces.

Regarding this recent case (the Kumba Massacre), the Cameroon government is accusing the leadership of the Ambazonian self-determination forces for the atrocities, notwithstanding the fact

that the Cameroon government has not provided any proofs and similar accusations in the recent past have always been proved to be fake.

The Ambazonian leadership claims the Kumba Massacre was done by Cameroon government militias. In this situation, trustable international investigations are necessary. We believe that actions should have been taken earlier by the international community to avoid such a heinous crime. As many innocent lives have already been lost, we should aim to putting a permanent end to the conflict.

It is certain that with the ruthlessness of the Cameroon government, the resolve of Southern Cameroons self-determination forces and the nonchalant behavior of the international community, the war will continue, and more massacres and atrocities will take place.

If we really don’t want this to happen again, we should consistently act to favor a peaceful solution. The Cameroon government had and has the primary responsibility to end this war it started. The so-called separatists would have no one to fight if Cameroon calls a ceasefire and accepts negotiations as the separatists have done.

The crisis in the Cameroons has been ongoing since 2016, when lawyers from Anglophone Cameroon were brutalized by government military and security operatives during a peaceful protest in Bamenda, Buea and other cities.

Southern Cameroons leaders in exile in Nigeria were abducted and illegally transferred to Cameroon and subjected to trial in military courts in a foreign language, against international law.

They are today serving life sentences, despite a Nigerian High Court judgement asking for their release. The ongoing conflict in Cameroon may amount to acts of genocide. Some experts already call it as genocide.

This claim should not be underestimated by the international community.

Mr Paul Biya, who has been in power as President of Cameroon since 1982, thanks to wide-scale fraud in elections, violent repression and imposed changes in the Constitution, declared war on the 30th of November 2017 on the people of former British Southern Cameroons.

While the government of Cameroon claims that the conflict in Cameroon is an internal matter, the leadership of Southern Cameroons is of the opinion that it is an international dispute.

We believe that a conflict between two countries that came together in 1961 under the auspices of the United Nations cannot be the internal affair of one of the countries.

We therefore believe that it is the responsibility of the international community to create a framework for both sides to be heard in order to put an end to the conflict between them.

Bringing the two sides to the negotiating table is necessary, but till now the efforts have all failed because Cameroon was and is still unwilling to commit to any genuine, internationally mediated dialogue.

We are suggesting that the international community should use any possible leverage to intervene in this conflict. The lives of people, including children, in the English-speaking part of Cameroon matter. Children have not been protected and have missed out of school for four years.

We would like to suggest some key points for an urgent commitment by the international community:

An investigation on all the atrocities that have taken place in Southern Cameroons since 2016 should be carried out by independent observers, which should include the African Bar Association and the African Forum for Restorative Justice;

Cameroon should immediately call a ceasefire and an end to the war it declared;

Economic, financial and other sanctions should be placed on Cameroon to force it to accept peaceful negotiations;

Travel restrictions should be imposed on certain Cameroonian state officials whose names are attached to this document;

The UN should send peacekeepers into the Southern Cameroons;

The people of the Southern Cameroons should be given the opportunity at the UN to present their claims;

The rights to self-determination of the people of Southern Cameroons should be respected and their will ascertained through a fair, UN-organized referendum. First signatories

Sergio D’Elia, Secretary-General of Hands Off Cain (International League of Parliamentarians and Citizens for the abolition of the death penalty worldwide)