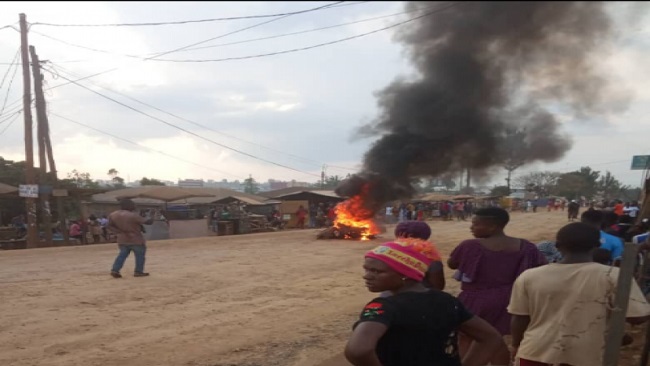 Two suspected armed robbers linked to the Atanga Nji Militia have been lynched in Ntamulung in Bamenda for allegedly robbing several elderly people including a retired Presbyterian Church pastor.

The two Atanga Nji Boys were among three people who attacked the Ntamulung neighborhood on Monday, December 14, 2020.

They were stoned to death by the mob before their bodies were set ablaze.

The robbers, who masqueraded as Ambazonia Restoration Forces were all chartered members of the Minister Paul Atanga Nji armed militia who no longer receive financial support from the regime in Yaoundé.

We gathered that the Atanga Nji Boys were three in number but one managed to escape.