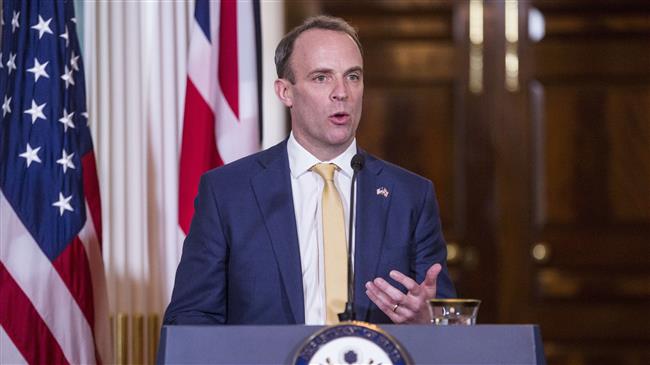 Iran’s Islamic Revolution Guards Corps (IRGC) said that “tens of surface-to-surface missiles” were fired at the US airbase of Ain al-Assad in Anbar province in western Iraq early on Wednesday.

The attack was confirmed by US officials.

Following the incident, British Foreign Secretary Dominic Raab condemned the strike, calling on Iran not to repeat what he called “reckless and dangerous” strikes.

“We condemn this attack on Iraqi military bases hosting Coalition – including British – forces,” Raab said. “We are concerned by reports of casualties and use of ballistic missiles.”

“We urge Iran not to repeat these reckless and dangerous attacks, and instead to pursue urgent de-escalation.”

The IRGC has called for a complete withdrawal of US troops from the Arab country, asserting that it would not differentiate between the US and Israel in retaliating against the assassination of the Iranian national hero.

“We warn US allies providing bases for the [American] terrorist army… that any country serving as the origin of bellicose and aggressive attacks in any form against the Islamic Republic of Iran will be targeted,” read the IRGC statement.

The Pentagon claimed that it would take necessary measures to protect US military forces amid heightened tensions in the region.

On Tuesday, Iran’s Ministry of Foreign Affairs summoned Robert Macaire, Britain’s ambassador to Tehran, over the support that a number of top UK officials have voiced for the US assassination of General Soleimani.

This came following the unacceptable remarks by the UK prime minister, foreign secretary, and defense secretary about Trump’s order to assassinate Soleimani, Abu Mahdi al-Muhandis, who was the deputy commander of Iraq’s Popular Mobilization Units (PMU), and their companions.