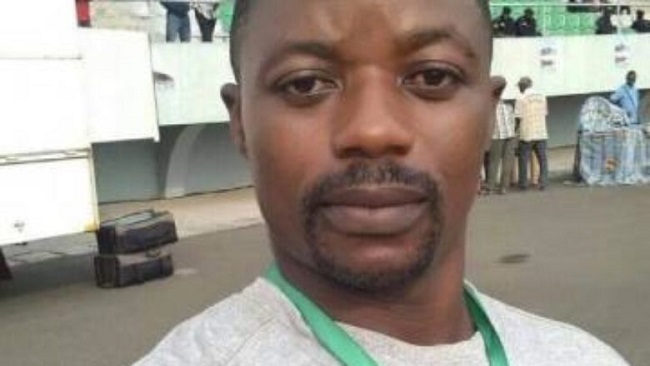 In the face of mounting evidence, Colonel Cyril Serge Atonfack of the Cameroon Ministry of Defense on Friday June 5 acknowledged that journalist Samuel Wazizi died 16 days after his arrest in Buea from severe sepsis.  The late admission by the Cameroon army undermined the credibility of earlier information provided by top army officers, who ever since had adamantly dismissed allegations of maltreatment and torture.

The Colonel Cyril Serge Atonfack statement also raised a host of new questions, such as whose body was recently transported from Buea to a Yaoundé morgue by the army under heavy escort?

Yaounde’s acknowledgment alters the narrative around its confrontation with Southern Cameroonians in a way that could anger the French Cameroun public and the French Cameroun media. The Biya regime had arrested the journalist and the Buea police told his lawyer that Wazizi was accused of “collaborating with separatists” and “spreading separatist information.”

A fair trial was promised that never held but instead of accepting that the army killed the journalist, Yaoundé is now saying that Wazizi died of severe sepsis and not torture as reported by local and international media houses.

Several news reporters have gathered in Buea and Yaounde to protest the Cameroon government’s late empty statement on the circumstances surrounding Wazizi’s death.

International media organizations such as Reporters Without Borders and Pen International have not commented on the Cameroon army press release. However, the Southern Cameroons Interim government has blamed the killing of journalist Wazizi on the French Cameroun government.

Vice President Dabney Yerima expressed his deep sympathy to the Wazizi family and called on the Ambazonia Self Defense Forces to increase their efforts at protecting Southern Cameroons news men and women covering the French Cameroun genocidal campaign going on in Ambazonia.

Newscaster Samuel Ajiekah Abuwe aka Wazizi was arrested in August 2019 in Buea and handed over to the Cameroon government army.