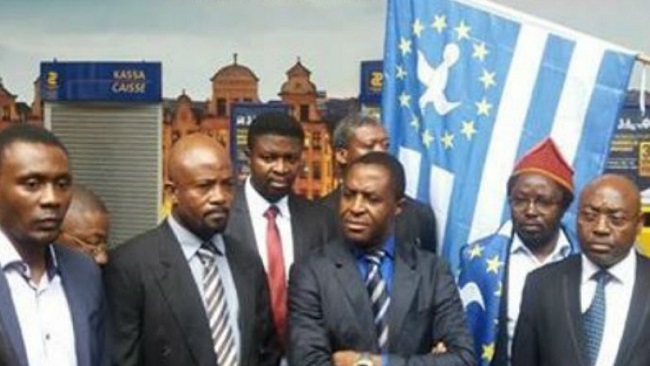 What does it take to get the Ambazonian leadership released from Nigeria? 0

The Ambazonian Secretary for Communication Hon. Chris Anu has condemned the act in the most strongly worded statement ever since the interim government was announced by President Ayuk Tabe. There are fears that Nigerians residing in Southern Cameroons and La Republique du Cameroun may be targeted by the Ambazonian Defense Force known as the Tigers.

“What happened in Abuja wasn’t staged by Yaoundé, but an act of aggression against the people of Ambazonia, its independence and dignity, and against relations between Ambazonia and the Federal Republic of Nigeria,” a spokesperson for the Interim Government said Wednesday.

In a telephone conversation with CIR, Ambazonia’s Secretary of State for Finance & Economy Hon. Brado Etchu Tabenyang stated that “The Ambazonian Government does not accept that President Ayuk Tabe remain hostage, and we do not know the reasons for his captivity. Nothing justifies such an action from an experienced Nigerian leader which violates the Vienna Convention and the Universal Declaration of Human Rights.”

Responding to calls for dialogue from the President of Equatorial Guinea Teodoro Obiang, a senior adviser to President Ayuk Tabe told CIR that “It is not possible for us to dialogue with our leaders in detention.”

A high-level Cameroon government ministerial source told CIR today that President Biya and his closest allies “have no idea what’s going on with the Ambazonia leaders in Nigeria,” and that President Buhari has again sent words to Biya via the President of Equatorial Guinea.

The arrest of President Ayuk Tabe plunged Southern Cameroons counties into a political crisis and stoked fears of conflict between Ambazonians and Nigerians living in Cameroon. So far the Ambazonian interim Government have called for calm, and made public statements asking for Sisiku Ayuk Tabe’s release.