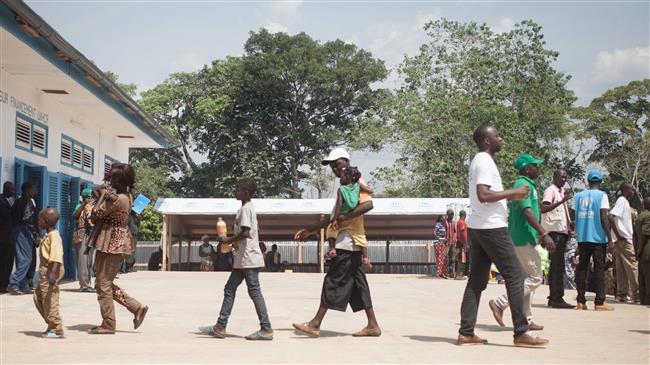 Some 14,000 people have fled violence in the Central African Republic and crossed into the Democratic Republic of Congo in less than a week, the United Nations said Friday.

The UN refugee agency (UNHCR) said it was “alarmed” about the displacement of 7,000 people from the southeast of the strife-torn country, adding that they were arriving “into a situation of little help and desperate need”.

“The speed of arrivals and the very limited humanitarian presence in the area mean that people urgently need increased support,” said UNHCR spokesperson William Spindler, adding that most of the refugees were women and children.  He said the agencies capacity for an emergency response is “severely stretched”.

A further 7,000 refugees from the central CAR town of Bambari also poured into DRC, according to the UN Office for the Coordination of Humanitarian Affairs.

Violence in Bambari on Monday and Tuesday night led to the deaths of a local NGO worker and midwife, and saw the town’s police station and UN bases attacked by armed men, presumed to be linked to the Union for Peace in CAR (UPC) group.

The UN said it had resumed control of the city on Wednesday. On Thursday a Mauritanian peacekeeper was killed and eight injured in an attack on a UN convoy near the southeastern town of Alindao.

The number of people from CAR fleeing to northern DRC had jumped even before the latest influx, the UN said, having risen from 102,000 to 182,000 in less than a year.

The UN has around 12,500 personnel deployed in Central Africa as part of its MINUSCA mission, one of the world body’s largest peacekeeping forces.

The state controls only a small part of CAR’s national territory. Armed groups clash in the provinces for control of resources, including diamonds, gold and livestock.

The violence has raised fears that the country, one of the most unstable in the world, could again plunge into a bloody sectarian conflict.