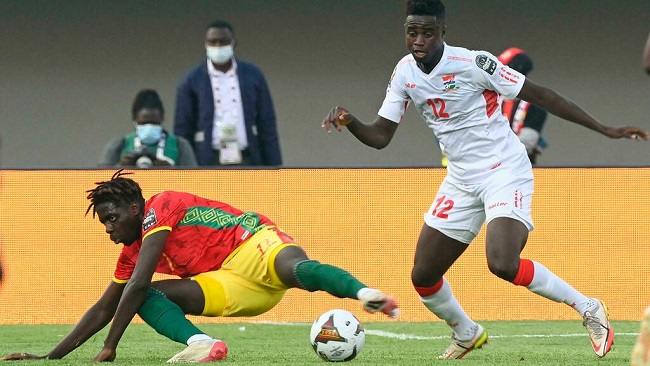 Musa Barrow scored a 71st-minute winner as Gambia continued their giant killing spree at the Africa Cup of Nations by pulling off an upset 1-0 win over Guinea in Bafoussam on Monday to advance to the quarter-finals.

Striker Barrow, one of the outstanding performers at the tournament, was set up by a defence-splitting pass from Yusupha Bobb but still had to take the ball away from the Guinea defence with his right foot and then put it onto his left for a fine finish to settle the last-16 tie.

The small west Africa country are the lowliest ranked of all the 24 participants at the tournament in Cameroon at 150 in the world and are making their debut at the finals.

They will play the winner of Monday’s later match between hosts Cameroon and the Comoros Islands.