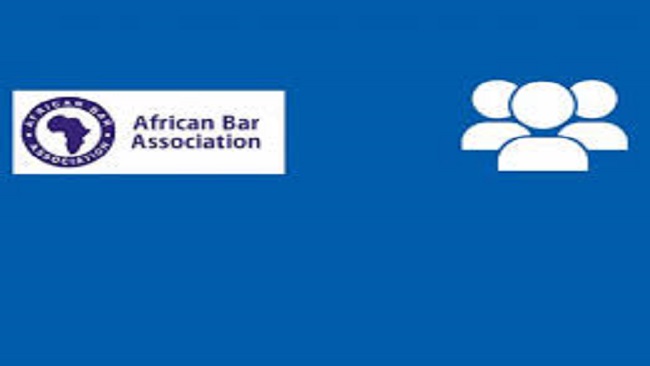 African Bar Association weighs in on the Ambazonia Crisis 0

The President of the African Bar Association, AFBA, Hannibal Uwaifo, has, in a correspondence to the Prime Minister of Great Britain, Boris Johnson, suggested that an imposed solution to the Anglophone Crisis in Cameroon, either through conquest or from a third party, will only mean more wars.

The AFBA President, thus, suggested a United Nations organised and supervised referendum for Southern Cameroonians to decide their fate. In the letter dated January 10, Hannibal Uwaifo bemoaned that the indifference of the international community and silence of major powers, has encouraged untold suffering and human rights violations to go on unabated in the North West and South West Regions of Cameroon.

“Trenches have been dug and the Government of Cameroun has been encouraged to kill and imprison more as the United Nations, the Commonwealth of Nations and great countries like Great Britain, which handed the Southern Cameroon to Francophone Cameroun, have refused to speak decisively and hold the Cameroun Government accountable for crimes committed against defenceless citizens of Southern Cameroon,” the letter stated.

Asserting that there is no end in sight to the violence in the affected Regions, the African Bar President outlined that the Swiss-led dialogue process, encouraged by the international community, has, so far, been embraced only, by the “so-called Separatists.”

He went further to remark that the Cameroun Government has, so far, not made known its stance on the Swiss-led mediation process. In his correspondence to the British Prime Minister, AFBA’s Hannibal Uwaifo also detailed the historical background of the conflict. He cited various highpoints in the history of the two Cameroons, the decolonisation process, the referendums, the terms of the proposed union between the two States and other relevant high points.

On the way forward, the African Bar President, speaking on behalf of the Executive Councils of the African Bar Association, proposed a referendum for Southern Cameroonians to decide their fate. He wrote: “Given all these considerations, the African Bar Association is of the strong opinion that, rather than third party suggesting solutions for a problem which they are not suffering, the best and most transparent and democratic solution would be a UN-organised referendum in the British Southern Cameroons, for its people to pronounce themselves on whether they wish to continue to live under Cameroon; to form some kind of association with Cameroon, documented by treaty, or to govern themselves within their own internationally defined territory.

Citing practical examples, AFBA’s President further stated: “Scotland, Quebec, New Caledonia, Bougainville, the UK itself within the European Union, South Sudan and many other countries, have resorted to referenda to settle such supreme matters of interest to their people. There is no reason to deny the people of Southern Cameroons a similar opportunity for this supreme matter. We firmly believe that the people should be given a chance to speak for themselves. This will automatically lead to a ceasefire. The conditions for such a referendum can be worked out to ensure transparency and fairness.”

On the second option, Hannibal Uwaifo, on behalf of African lawyers, suggested that, if any of the parties to the conflict is uncomfortable with the referendum option, the second best option will be for the matter to be settled at the International Court of Justice, ICJ. Here, he said, the ICJ will decide on; “… whether the territory of the Southern Cameroons belongs to the Republic of Cameroon or the people of the British Southern Cameroons.”