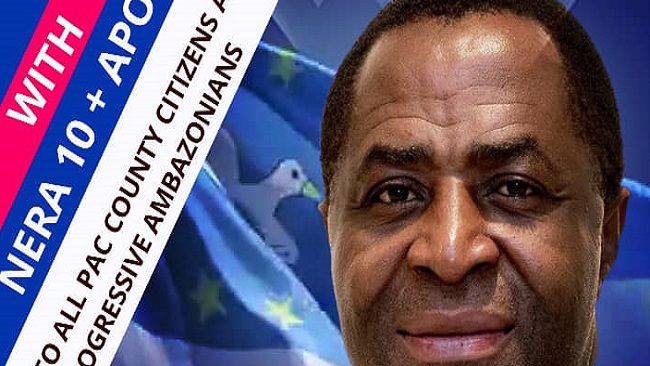 The Southern Cameroons-Ambazonia leader, President Sisiku Ayuk Tabe and his top aides are expected to be back in court on Thursday for the first time after they were handed a life sentence by the Yaoundé Military Tribunal.

Cameroon Concord News understands the defiant leader will take his place in the dock behind his defense lawyers at the Yaounde Appeal Court’s trial without any of the French Cameroun government fake witnesses giving testimony.

President Sisiku Ayuk Tabe and his cabinet are being held by a regime that is committing war crimes and crimes against humanity in Southern Cameroons.

But saying he was ready to die for the people of the Federal Republic of Ambzonia, Sisiku Ayuk Tabe alongside what is now referred to in Southern Cameroons political terminology as the NERA 9 ended their hunger strike while in detention and were later on sentenced to life in prison by a French Cameroun judge whose husband is a blood relation to President Biya.

The Ambazonian leader has denied all the charges concocted by the Francophone regime in Yaounde against him and members of his government.

Southern Cameroons has been mired for four years in a Biya French Cameroun-charged war, as Cameroon government army soldiers and Ambazonia Restoration Forces battle for control of the mineral rich territory.