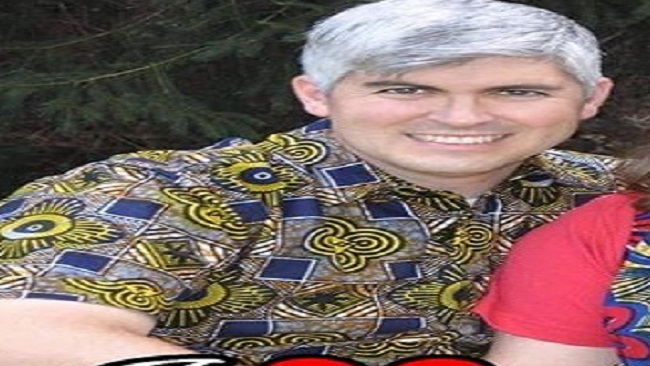 Cameroon’s defense minister warned foreigners Wednesday to be take precautions in the country’s restive English-speaking regions after an American missionary was mortally wounded amid fighting between armed separatists and soldiers.

“If you must be there, immediately inform the military so we can assure your safety,” Defense Minister Joseph Beti Assomo said, adding that the northwest and southwest regions where separatists are fighting for an independent state were dangerous for people not from Cameroon.

Charles Trumann Wesco, a missionary from the U.S. state of Indiana, died Tuesday after he was shot in the head while sitting in his car. Wesco had been in the northwest region of Cameroon with his wife, Stephanie, and their eight children for nearly two weeks before he was killed.

Dave Halyman, the assistant pastor at a Baptist church in Warsaw, Indiana, where Stephanie Wesco’s father is the senior pastor, said Don Williams spoke with his daughter by phone after the shooting.

Relaying Williams’ account, Halyman said Charles and Stephanie Wesco were in a car being driven by another missionary to the town of Bamnui from the Bamenda suburb of Bambili, where the family was living. Charles Wesco was in the front seat, and two bullets went through the windshield and hit his head, Halyman said. No one else was hurt, he said.

The family raised financial support to work in Cameroon for two years and visited the country two years ago on a survey trip.

U.S. Vice President Mike Pence, who previously was governor of Indiana, called Wesco “a believer, loving father, and pillar of his Indiana community.”

“Charles lost his life while he and his family were sharing the gospel in Cameroon,” Pence said in a statement. “Karen and I will be praying for Charles’ wife Stephanie, their eight beautiful children, and all those whose lives had been touched by his work and witness. And we will pray that they take comfort in the sure knowledge that Charles heard those words ‘Well done good and faithful servant.’”

The U.S. Embassy in Cameroon has for some time warned Americans against traveling to the country’s restive regions, where violence has escalated and hundreds have been killed in the fighting between separatists and soldiers. Most foreign and local enterprises have left the areas.

State Department spokesman Robert Palladino said Wednesday that based on information from senior Cameroonian officials, “we believe the victim was caught in crossfire.”

Palladino noted that Wesco’s tragic death “occurred in the midst of the Anglophone crisis,” violence that began after the government clamped down on English-speaking teachers and lawyers protesting what they called their marginalization by Cameroon’s French-speaking majority.

“Both separatist fighters and government security forces have used violence against innocent civilians,” Palladino said. “We call on both sides to view the tragic death of this American citizen to put an immediate stop to violence and to allow unhindered access to humanitarian aid workers and health care providers.”

Regional Gov. Deben Tchoffo said Tuesday that Wesco was wounded as armed groups attempted to stop the reopening of the University of Bamenda and the military fought back. He said Wesco might have been caught in the crossfire.

The military killed at least four suspects in Wesco’s death and arrested many others, military spokesman Col. Didier Badjeck told The Associated Press on Tuesday. He did not specify if the people detained were military personnel or separatists.

Wesco was not the first foreigner to be killed in the regions. A Ghanaian pastor was found dead with bullet wounds in July near Buea, in Cameroon’s southwest region.

A Tunisian and his co-worker were killed in Cameroon’s southwest Manyu Division during a March mission that freed four other Tunisian engineers.

Foreign road construction engineers were kidnapped in April by armed gangs in the southwest for allegedly neglecting demands to stop building roads. When the military went in to free them, three engineers were rescued and two were killed.

Authorities said another 18 people, including 12 European tourists, were freed in April after armed separatists seized their vehicle while they were visiting a lake in the southwest.