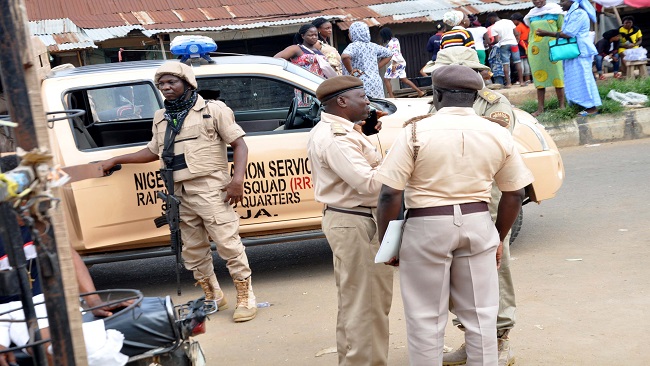 The Comptroller of Immigration Service (CIS), Cross River State Command of the Nigeria Immigration Service, Chris Baikie, has disclosed that the ongoing conflict between South-West Cameroon, called Ambazonia, and President Paul Biya’s soldiers is a serious concern to the service and other security agencies in the state.

In an interview, he stated that the matter is always discussed whenever the state security council meets.

He said Cross River State frequently bears the fallouts of the insurgency which is into its sixth year because it is next to the conflict zone.

“At every state security council meeting with the governor, Prof Ben Ayade, we do not fail to critically look at the insurgency as it impacts on our state and Nigerians.

“The conflict is a serious concern to us because of its proximity to our state, not only because of the influx of refugees but other attendant issues,” he said.

He used the opportunity to debunk reports which said that Nigerian traders, seafarers and other maritime persons were being blocked or turned back at the Cameroonian maritime boundary in the Bakassi Peninsula by Cameroonian security forces.

Two weeks ago, reports were rife that traders in Bakassi and Akpabuyo local government areas of the state, who ply the maritime route into Cameroon to buy or sell bags of rice, palm oil and other edibles, were being returned.

It was alleged that the Cameroonians did so because they do not want security issues from Nigeria as they host the Africa Cup of Nations.

“When I got the media enquiries, I immediately got across to our men in Bakassi to critically study the situation and to Interview Nigerian traders going to or returning from Cameroon if the media reports were true.

“The situation report from our man in charge of Bakassi axis is that there is no such development,” he said.

“Nigerian traders are not turned back from Cameroon.

“But Cameroonian security forces are patrolling their borders daily as a way to deter any threats to the ongoing African Nations Cup.”

Baikie lamented that they have only one serviceable boat and are therefore not able to patrol the long stretch of the maritime boundary as well.