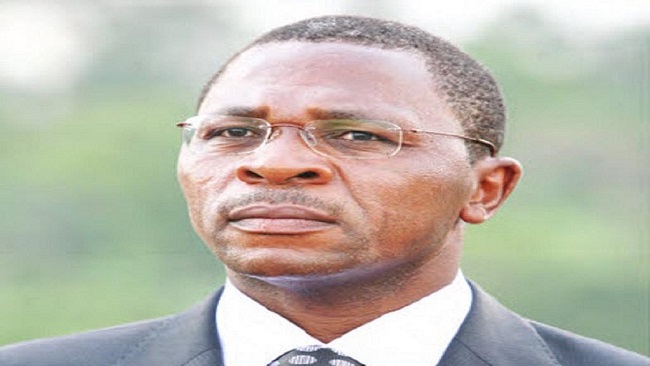 Atanga Nji in Southern Cameroons: But is anyone actually listening to him? 0

The government of Cameroon will accept dialogue as part of measures to end the Anglophone crisis, Interior Minister Paul Atanga Nji is reported to have said.

He however stresses that the sole condition to the dialogue being that it will be held with persons who are advancing the unity of Cameroon as a nation.

His view effectively means that the Central African country is not going to engage armed separatists whose activities continue to threaten members of the security forces and disrupt life in the Northwest and Southwest of the country – the Anglophone regions.

“We can still solve the problem without burning, looting, raping, destroying. The government is ready to dialogue with those who seek the oneness of Cameroon,” the Minister said in a visit to Buea, capital of the Southwest region on Tuesday.

Atanga is one of two Anglophones who were handed positions in the government following a cabinet reshuffle carried out by long-serving leader, Paul Biya.

What has become known as the Anglophone crisis, has riled the country’s two English-speaking regions. A previous cry against discrimination and marginalization from French-majority Cameroon has now taken a violent turn.

Secessionists under the so-called Ambazonia Republic continue to push for a breakaway from Cameroon – a move the government has flatly rejected. After a crackdown on protests in October last year during a planned symbolic independence declaration, the secessionists turned to arms.

The call for dialogue has continually been made by several countries and groups but has yet to be seriously pursued. A number of the separatists leaders have been arrested and deported from Nigeria since January but they have yet to appear in court.

The humanitarian crisis arising from the situation has also led to Cameroonians fleeing the Anglophone regions in their thousands. The United Nations refugee agency has openly tasked parties to use dialogue to avoid further escalation of the crisis.