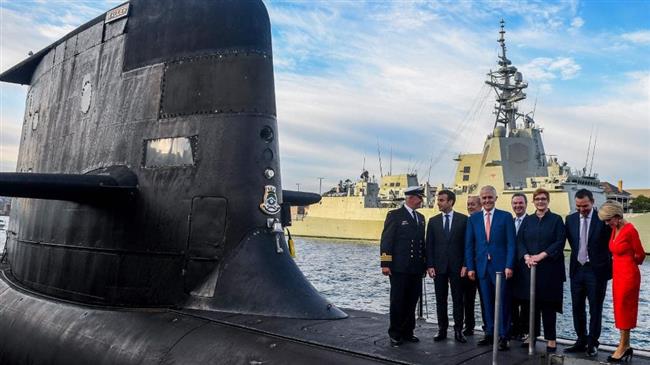 China has denounced as “groundless accusations” French President Emmanuel Macron’s warning against what he called the dominance of the East Asian country in the Indo-Pacific region.

Chinese Foreign Ministry spokeswoman Hua Chunying hit back at the French president’s comment and said Macron’s concerns were baseless as China has been seeking a peaceful rise to a global power status.

The French president said during his visit to Sydney on Thursday that France, India and Australia shared a responsibility to protect the region from “hegemony,” making an implicit reference to China’s growing might.

“In the eyes of the world, which country could be said actually to be exercising hegemony in the world nowadays? Who has also long exercised military or economic hegemony of every kind in the region?” Hua asked.

“Before making such comments or groundless accusations, you should clarify these facts,” the spokeswoman told reporters during a regular press briefing, in a thinly veiled reference to the United States.

The Chinese state-run Global Times also blasted Macron and accused him of staging an “opportunistic show in (the) Indo-Pacific.”

“As France is in decline, opportunism is rising within its diplomacy,” the newspaper said.

France has a number of island territories in the Pacific Ocean.

The country maintains a strong security presence throughout the resource-rich region, with 4,500 permanent military personnel stationed in its Indian Ocean bases and 2,800 in the Pacific.

Australia, a Frances’s close ally, has also become increasingly alarmed at Beijing’s power and influence in the Pacific, which it claims could potentially upset the strategic balance in the region.

India and the US have recently engaged in talks to boost operational cooperation, including bilateral maritime security and open market trade, in the Indo-Pacific region.

India has begun holding trilateral naval exercises with the US and Japan that military experts say could eventually include Australia as well.

The US has already announced plans seeking to confront China’s influential moves in the strategic region by enhancing its military presence there.

The United States has criticized China’s construction of islands and military facilities in the South China Sea, saying they could be used to restrict free nautical movement.

China says there is no issue with freedom of navigation in the South China Sea and opposes efforts to use it as an “excuse” to infringe on its sovereignty and security interests.