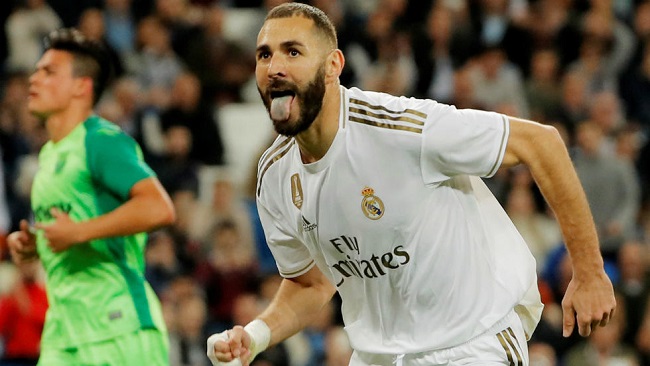 Benzema hits back at French football boss: ‘I alone will call end to international career’ 0

France’s ostracized striker Karim Benzema has fired back at the head of the French Football Federation, who declared this week that the Real Madrid star’s international career was over.

Though a fixture of Real Madrid’s squad for the past 10 years, Benzema has been excluded from the French national team since 2015 over his alleged involvement in an attempt to blackmail a former teammate.

But Zidane’s plea was promptly dismissed by Noël Le Graët, the head of the French Football Federation, who told French radio that Benzema’s days with Les Bleus were over.

On Saturday, the player hit back at Le Graët, writing on his Twitter account: “Noël I thought you didn’t interfere with the decisions of the France coach.

“Please understand that I and I alone will call an end to my international career.”

The 31-year-old striker, who is of Algerian origin, added that Le Graët should let him play for another country if he thinks he is done with France.

Benzema was placed under formal investigation in 2015 for his alleged part in the attempt to blackmail teammate Mathieu Valbuena. The case is still pending.

France’s coach Didier Deschamps has maintained that Benzema’s omission is in the best interests of the French squad, who won last year’s World Cup without him.

The striker has scored 9 goals in 11 La Liga appearances for Real Madrid already this season.

“He has always wanted to play for France,” Zidane said this week of his player.

“He is the best and I think he should definitely have a place in the national team,” Zidane added. “Football-wise, there is no debate.”