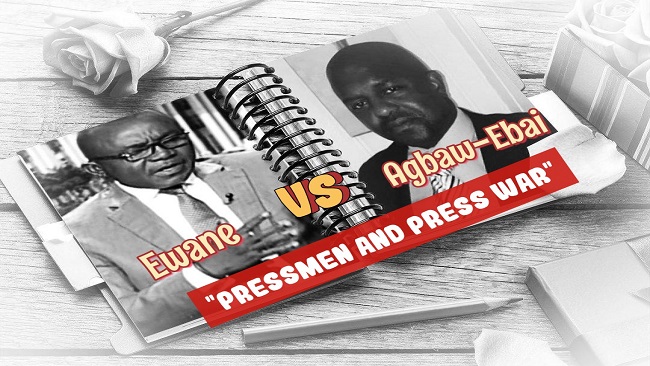 Biya and the rule of law in the two Cameroons 0

Many Cameroon political commentators including the renowned Prof PLO Lumumba have described President Paul Biya as a prominent and successful failure. To be sure, Biya has spent all his adult life chasing monetary deals, young Cameroonian and Ghanaian women and hiding from the media both at home and abroad. Biya has never sat in any library in Buea nor in Yaoundé pondering the nuances of Cameroon’s geopolitical structure and constitutional order.

Correspondingly, we of the Cameroon Concord News Group believe that for the past 38 years, when it comes to governing the two Cameroons, Biya simply does not know the rules as laid down by the founding fathers. Take his declaration over the killing of four gendarmes in the Manyu County upon his arrival from the Ivory Coast which was complete and total and which eventually started the war in Southern Cameroons. Biya is like the child on the back of an adult crossing a river and each time the adult smashes a fish, the child arrogantly claims he is the one who has killed the fish.

This is not to say Biya is unfamiliar with the French teleguided legal system running the two Cameroons. To the contrary, he and his family have invested in companies in the two Cameroons that have been the subject of extensive litigation! They include among others CDC, Beauty Voyage, Sitabac, Fokou, Nextel, Groupe Fotso, Camair-Co that have all gone bankrupt numerous times.

One of his first acts as head of state was to organize a fake coup that was poorly staged; seeking to prevent the Grand Nord of the late President Ahmadou Ahidjo to continue to dominate the politics of the two Cameroons. After widespread outrage and internal protest within the National Gendarmerie – Biya abruptly divided the Grand Nord into North and Far North and the Fulanis and their crowned prince Minister Amadou Ali  became the revised version of neo colonial forces.

The United Republic of Cameroon was downhill from there. The two Cameroons have since been mired in one crisis after another, including Lake Nyos, Stolen Victory, Ghost Town, Nsam Fire Disaster, Eseka Train, National Assembly Fire, numerous indictments of Biya cabinet officials, the convictions of Biya’s Prime Minister Chief Inoni, Minister Secretary General at the Presidency, Jean Atangana Mebara and longtime political acolyte Edzoa Titus, Defense Minister Mebo Ngo’o – to name a few.

The 87 year old President Biya has for 38 years cast aside basic norms governing the greatest bilingual nation in Africa about social, economic, religious and legal matters. For example, Biya now uses Twitter to address very sensitive issues in a country that millions cannot access the internet, makes baseless accusations on Ambazonia Restoration Forces fighting for the independence of Southern Cameroons and prosecuting his political rivals.

This bellicosity has confirmed the narrative that Biya is not just a primitive and lawless frog, but a tactless and reckless leader who has destroyed the United Republic of Cameroon.  Biya is indeed a French Cameroun Monarch and only his will goes.  Biya has turned the two Cameroons into a concentration camp and there’s nothing left. And today, Biya’s Minister of the Interior is an ex-convict-Paul Atanga Nji.

All the judges from the divisional and regional level including the Supreme Court are Biya appointees and none can rule against him. Biya and his Francophone Beti Ewondo regime have destroyed the healthcare system, shattered the National Assembly, the police force and the army and the entire Cameroon public service machinery must bend to Biya’s will. By some strange happenstance, Biya’s claim of total authority over the nation is more evident regarding the Covid-19 pandemic. This is why Cameroon Radio and Television’s senior political man George Ewane regularly opines that Biya is the Living Christ and the Messiah!!

Yes Dr. Ewane, Biya is indeed the best and greatest dictator in the world backed by the French that has successfully consolidated power and effectively craft and exploited the rule of law to advance his family and tribal ambitions.

Yes, Paul Biya is a real dictator transforming the two Cameroons to his advantage and that of his young family and his kinsmen. He is a corrupt leader who – while Dr. George Ewane and the world watches – fails to understand what it means to lead a nation.