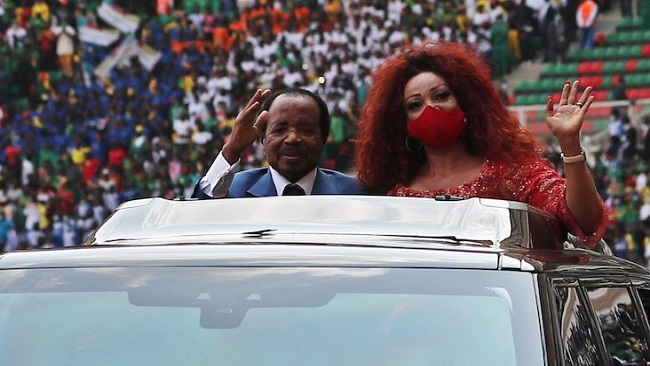 The Vice President of the Ambazonia Interim Government has said that the Biya family and the French Cameroun regime in Yaoundé are shutting the door on reconstruction in Southern Cameroons while trying to enslave the Ambazonian people.

Speaking exclusively to Cameroon Intelligence Report on Monday, Dabney Yerima stated that the 90-year-old French Cameroun dictator and his family are seeking to place the yoke of slavery on the people of Southern Cameroons.

Yerima pointed out that Biya and his French Cameroun regime is actively involved a Nazi-type policy of directing Southern Cameroonians in Ground Zero to the path of slavery and vassalage.

On Monday the Francophone dominated Cameroon government military announced a massive deployment of scores of troops to three districts in the Northwest region to deal with an increased violence by Ambazonia Restoration Forces amid an escalation of political repression and absence of meaningful reforms in the two Cameroons.

Yaoundé revealed that Southern Cameroons fighters in Oku, Kumbo and Jakiri districts over the weekend sealed markets, chased people and vehicles from the streets and abducted scores of civilians who did not comply with ghost town orders.

Cameroon Intelligence Report understands that battles between the Francophone Cameroon government military and Amba fighters have reportedly intensified after the ailing President Paul Biya’s New Year’s Eve speech that was recorded in the InterContinental Hotel in Geneva.

Vice President Yerima described ghost town operations popularly known as “Kontry Sunday” as an Ambazonian national duty, emphasizing that the ruling CPDM crime syndicate in Yaoundé is seeking to maintain very weak Southern Cameroons political figures at the helm of affairs in the Federal Republic of Ambazonia, whose main task would be to cover up Biya regime’s human rights abuses in Southern Cameroons and continue with the so-called policy of assimilation.

Yerima added that the conflict between the French Cameroun regime and the Ambazonian nation is deepening day by day and that Buea is on sight.