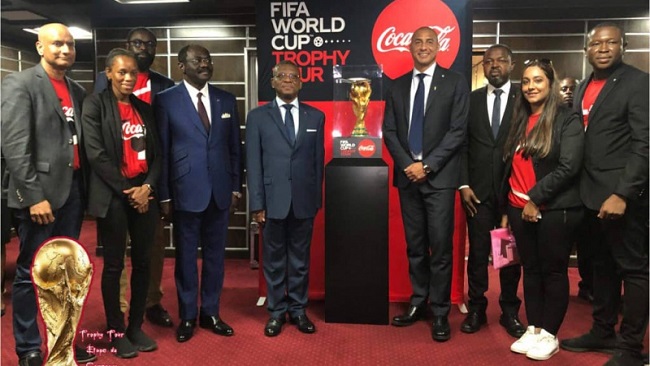 The FIFA World Cup trophy was presented to one of President Paul Biya’s Anglophone secretaries passing for a Prime Minister and Head of Government Joseph Dion Ngute.

The FIFA delegation which presented the trophy on Thursday September 8, 2022 in Yaoundé was led by former French footballer David Trezeguet and Patrice Bila; vice President of the of The Coca-cola company for West and Central Africa, official sponsors of the trophy tour.

By Isong Asu with files from Rita Akana