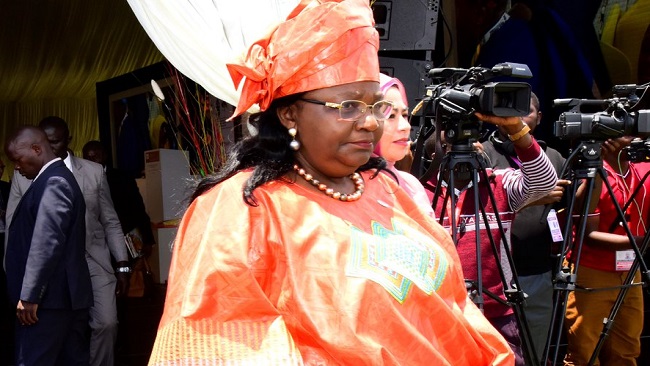 Cameroon and Covid-19: Hon. Emilia Lifaka was a super-spreader 0

You would think a law-maker’s role is more than just making laws. In civilized societies, a genuine law-maker is supposed to be a role model.

But Emilia Lifaka who had been a law-maker for years was not a role model with regard to the COVID-19 pandemic that has killed millions around the world.

Ms. Lifaka has successfully imported the South African and UK variants of the virus to Cameroon’s Southwest region through recklessness and irresponsibility.

The (dis)honorable member of the house had left Yaounde with clear symptoms of the insidious virus for the Southwest.

While in Yaounde, she had developed a fever, fatigue and body aches, but she decided to return to Buea to organize a huge birthday party, with many guests coming from many African countries.

In an era where COVID-19 makes the rules and actually plays God, Lifaka should have known that when certain symptoms show up, the victim should immediately sick medical attention and should head to the COVID-19 testing center to confirm or disconfirm any fears.

But she instead headed to Buea and concluded that her headaches and fatigue were just symptoms of a normal health situation that would go away with ordinary medication.

After a few days of rest, she proceeded with her plans to organize her birthday party which was mostly attended by women of size who had indeed made reckless eating and drinking the purpose of their being.

Since humans have learned how to check some of the COVID-19 symptoms, the virus has also learned how to mutate and disguise once it takes hold of the victim’s respiratory track.

The Lifaka birthday party was well attended. For many people, it was a status symbol and many guests at the party had been heard boasting that they were the select few and those who really mattered.

A few days after the continental super-spreader event, Emilia Lifaka Monjowa took ill again. Once more, she put her health issue down to fatigue because of the alcohol abuse that took place at the party.

Her party was not supposed to have held. She herself was a colony of diseases and the virus has a special bone to pick with people of size, especially those who are morbidly obese like her.

Deceived by her false notion of fatigue, Lifaka thought a good rest and a sound sleep could help her recover easily. She was blissfully unaware that the virus had taken control of her lungs and it was seeking to trigger a heart attack.

It was until she started suffering from shortness of breathe and acute aches that Emilia Lifaka felt it was necessary for her to go to the regional hospital in Buea.

Her trip to the hospital was unfortunately a one-way ticket to the Buea regional hospital mortuary.

The spirits of the Coronavirus are known to take a man’s life after midnight, and that was when MP Emilia Lifaka Monjowa died.

A few supporters of hers decided that her body be brought to her palace so that mourners could show up and cry, but that plan fell flat on its face.

She might have pulled a crowd while alive, but she failed to understand that the crowd came whenever she had an event because of hunger and the need to feel important. On this occasion, nobody went to her home despite calls by her supporters.

The cat was out of the bag. Emilia Lifaka had died of COVID-19 and nobody really wanted to follow her to a world where not much is known. She might have been a speaker here on earth, but nobody knows if she will be one in the world beyond.

She was only useful while alive. The crowd in Buea simply told her few supporters that she only mattered when she was alive.

Her recklessness must be condemned. It has left many in thoughts. Those who came out of the region and country have continued spreading the dangerous variants she brought to the Southwest region.

She failed to listen. Above all, she failed to understand that she was part of that vulnerable group that really needed to be careful. At 62, she knew if caught in a battle with the virus, she actually stood no chance. She was morbidly diabetic, chronically obese and she had a long history of heart and respiratory problems. It was preposterous of her to throw caution to the wind and to organize such a super-spreader.

While it is painful to lose her, it must be remembered that she made wrong choices and decisions. Because of that the epitaph on her tombstone will read as follows: HERE LIES A LAW-MAKER WHO THREW CAUTION TO THE WIND AND ENDED UP IN AN EARLY GRAVE. May her soul rest in peace!