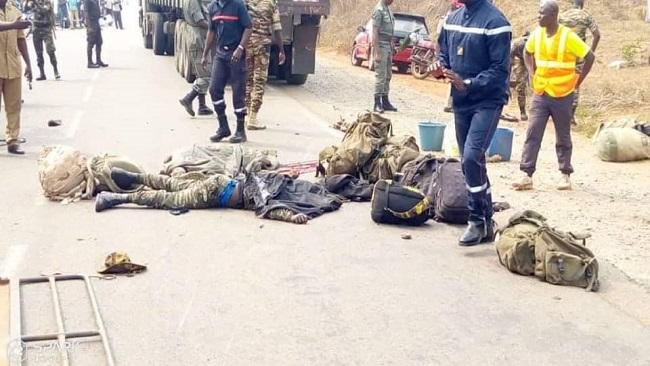 NEW research has revealed the devastating scale of destruction caused by the ongoing conflict in Cameroon’s English-speaking regions.

Fighting between various armed groups and the Cameroonian armed forces has continued unabated in the regions for the past three years.

Civilians have borne the brunt of unlawful killings, kidnappings, and widespread destruction of houses and villages.

Government intervention has been limited, and there has been near-complete silence from the international community, according to Amnesty International.

Violence between government forces and the Anglophone armed separatist groups-who are themselves divided-erupted in 2017, when protests against alleged discrimination and marginalisation were repressed by the authorities.

Based on eyewitness testimonies and analysis of satellite images, Amnesty International documented how dozens of civilians have been killed and multiple villages destroyed since 2019.

“All parties to the conflict in Cameroon’s Anglophone regions have committed human rights violations and abuses, and civilians are caught in the middle,” said Fabien Offner, Amnesty’s Central Africa Researcher.

In another, Fulani vigilantes burned hundreds of houses and killed four people.

Amnesty has decried the difficulty of obtaining accurate information about the human rights crisis unfolding in affected regions, which are hard to reach by road and have poor telecommunications networks.

“But this is no excuse to look away – without strong action by the authorities and the international community, civilians will continue to bear the brunt of the crisis,” Offner said.

The Anglophone regions of Cameroon – the South-West and North-West – make up approximately 20 percent of the country’s population of 27 million.

Violence has recently intensified in parts of the North-West.