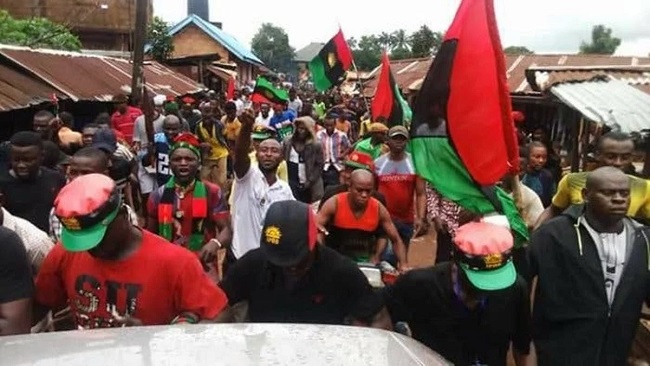 Biafra Nations League, BNL and a troop of the Cameroon Brigade d’Intervention Rapide, BIR, were on Saturday engaged in a fierce gun battle at Isangele, Bakassi Peninsula area.

The gun battle reportedly left some members of the BIR dead.

He claimed the “Two Cameroon BIR dropped dead during an exchange of gunfire in Bakassi Peninsula.”

Recall that the BNL had recently revealed its plans to completely shut down the Gulf of Guinea, threatening to hoist the Biafran flag.

The group said it would carry out its threat of hoisting the Biafran flags in Bakassi Peninsula to mark the Biafra Day memorial.

Meanwhile, Nnamdi Kanu, leader of the Indigenous People of Biafra, IPOB, has issued a warning to top-ranking officers of the Nigerian army and police.

“If you’re the commander of troops in the Nigerian army or police, hear this: That you’re wearing a uniform and adorning a rank does not make you invincible,” he tweeted.

“If any #Biafran is killed on your orders, you will be hunted and punished, sooner than later. We’re taking stock and bidding our time.”