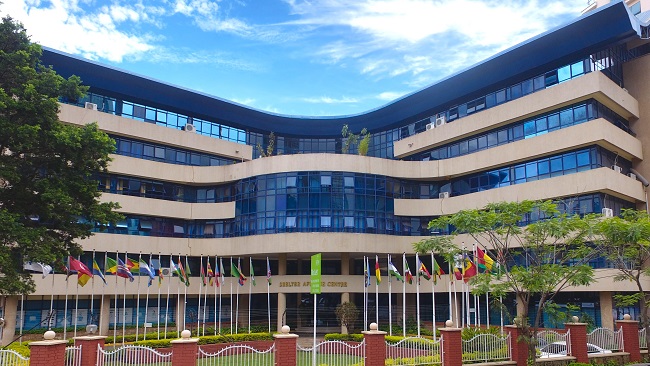 Cameroon increases its stake in Shelter Afrique with payment of USD 3.5M 0

Cameroon, which recently acceded to the helm of the Institution at the recently concluded 40th Annual General meeting has indeed demonstrated true leadership and commitment to strengthening of Shelter Afrique’s capital base. The Cameroon Minister for Housing and Urban Development, Her Excellency Madame Celestine Ketcha Courtes was newly appointed as President of the Shelter Afrique General Assembly at the Shelter Afrique AGM which was held in Yaoundé, Cameroon on the 24th June 2021.

In expressing gratitude to the Government of the Republic of Cameroon, The Group Managing Director and Chief Executive Officer commented after receiving the capital funding as follows:

“We are grateful for the unwavering support of the President of the AGM Bureau, Her Excellency Madame Celestine Ketcha Courtes and for the instrumental role she played in ensuring this capital commitment is honoured. We are confident that Shelter Afrique will benefit immensely form her leadership as the President of the 40th Annual General Meeting,” Mr Chimphondah said.

In 2013 and 2017 Shelter Afrique shareholders signed up to recapitalize the Company by way of additional equity subscriptions and has since received a total of USD $96 million dollars from various shareholders.

“Even with the COVID-19 pandemic, Cameroon has shown willingness to sustain its support for Shelter Afrique. This is a demonstrable strong vote of confidence by Cameroon in Board and Management the Company. This capital injection will go a long way in supporting the Company’s ambitious plans to drive substantial capital investment into the low-cost housing sector,” Mr. Chimphondah said.

“We also wish to thank several other shareholders such as Kenya, Nigeria, Mali, Namibia, Rwanda Uganda, Togo, Zimbabwe Morocco, Lesotho, and Swaziland for their positive response to the call for recapitalization” the Group Managing Director and Chief Executive said.