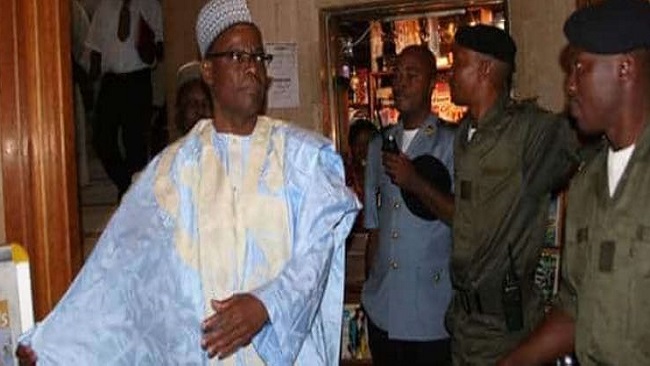 Prof. Maurice Kamto’s announcement on Monday, October 8, 2018, wherein he claimed victory following a presidential poll, has left government officials in a confused state. Kamto, a jurist and professor of law, understands the implications and consequences of his announcement and the timing of that announcement could not be better.

The international community is gradually taking a look at Cameroon and the elections are expected to produce a leader who can help address the conflict in the two English-speaking regions that is tearing the country apart.

Elections in Cameroon have never really been free and fair and Mr. Biya who has ruled the country with an iron fist for 36 years has used all the tricks in the book to extend his stay in power. But this year’s elections are surely going to undo him. At 86, Mr. Biya still holds that he could use those old tricks to obtain seven more years and his intimidation to silence the people who have all these years been looking for avenues to retire him.

Cameroonians have been robbed of many election victories by the Biya regime for decades and election rigging seems to be Mr. Biya’s stock in trade. In 1992, the Social Democratic Front (SDF), through its flagbearer, John Fru Ndi, beat Mr. Paul Biya in a highly contested poll that almost dragged the country into a civil war.

The victory was handed to Mr. Biya by a bunch of corrupt Supreme Court judges who had been appointed by Mr. Biya himself.  Ever since Prof. Kamto made his announcement, the Yaounde government has been trying to intimidate him and his collaborators.

Even before the announcement was made, the country’s territorial administration minister, Atanga Nji, an ex-convict, had been threatening to unleash the law against anybody who dared to declare himself as the winner of the presidential poll.

But his threats have clearly fallen on deaf ears. Prof. Kamto is a legal expert himself and he understands the law more than Atanga Nji who is simply a secondary school drop-out.

The territorial administration minister had said nobody was above the law, but failed to let Cameroonians know if any of his party members had been arrested for the vast electoral fraud orchestrated by his party.

The Internet is awash with videos of the fraud, but neither ELECAM, the body responsible for the organization of elections, nor the territorial administration ministry, had made mention of such fraud. Does this imply that ruling party members are above the law?

The dark ages are behind Cameroonians and nobody, not even the country’s president can deceive the people into believing that he has won the election.

Issa Tchiroma can only cry about the situation. He knows that the match is over. They have mistreated Cameroonians for too long and their tricks are known now by the public and he cannot be taken seriously. The world knows his allegations are unjustifiable and baseless.

“”…..Kamto acted in violation of the rules and regulations governing the election…You cannot win election without obtaining an overwhelming majority of votes in the Far North region of Cameroon…the CPDM has the region in its palms,” he said.

He might think he is convincing anybody that Prof. Kamto wants to plunge the country into chaos, but Cameroonians already know the truth. Issa Tchiroma and Atanga Nji, it should be recalled, are among government officials who have actually caused the Southern Cameroons crisis to escalate.

The threat of arresting Prof. Kamto will surely not have any impact. The government knows that Kamto and his team are capable of putting two million Cameroonians on the streets if they play foul. They might have succeeded to contain John Fru Ndi in Bamenda in 1992, but 2018 is different from 1992. The advent of new media makes it easy for people to easily converge wherever they want and Cameroonians are prepared to defend their votes.

If they look into the mirror of history, they will find out that other dictatorial regimes have tried that but failed woefully. The case of Burkina Faso and Cote d’Ivoire are good examples that can enable Atanga Nji and Issa Tchiroma to understand that the changing times require different strategies.

Mr. Biya and his collaborators must understand that if they do not act appropriately, the country might go up in flames. Cameroon is already bogged down in the north with Boko Haram, while Southern Cameroonians fighters are making life hard for the Yaounde government in a war that is not conventional. If the government is not careful, it will be caught up in another battle with the Francophone majority that has been silent for too long.

With diminishing resources, the Yaounde government cannot afford to fight a war on three fronts. And the third from could be very nasty, as it will be fought in the full glare of the international community.  The Kamto declaration should be seen as signal to the Biya regime that its time is over. It an alert to a regime that has lost its way and it is incapable of addressing the issues facing the country.

Mr. Biya and his men should see the writing on the wall. Their time is up and it is in their interest if they choose the honorable way out.  Mr. Kamto has decided to leave the door open for Mr. Biya and his men to walk out in dignity. He has advised them to come for negotiations on how the transition could be smooth.

If they fail to listen to Prof. Kamto’s wise counsel, they will have to deal with an angry crowd that might want to take its pound of flesh for the pain it has been put through for 36 years. Instead of being confused and trying to play hardball with the public, they should seize the opportunity offered to them by Professor Kamto.

If they push ahead with their plan through their questionable Constitutional Council, then they have clearly opted for a path that will expose them to violence and disgrace. There is still time for Biya and his men to put on their thinking caps.

Everything has its time. The time for tricks is over. It is in the interest of the regime and that of the country if Mr. Biya concedes defeat and congratulates Prof. Kamto on his success.  The world is watching and the international community is already nodding in approval and this is giving Prof. Kamto the courage he needs to move forward with his plan of action.