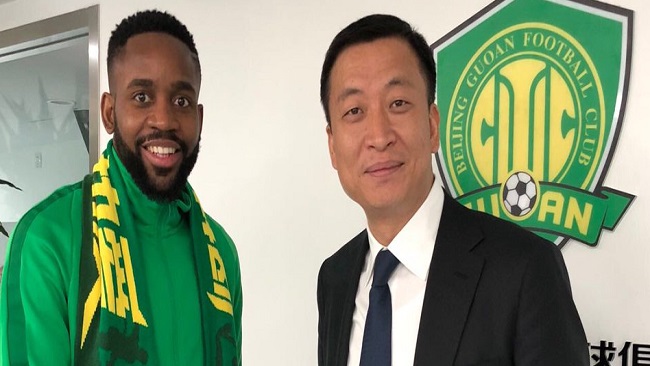 Cedric Bakambu could be Africa’s most expensive footballer 0

After protracted negotiations, Cedric Bakambu has joined China’s Beijing Guoan in a deal that is understood to make him Africa’s most expensive player ever.

I’ve been told by a source close to Bakambu that the deal totals $90m (£65m), beating the previous African record of $77m paid by Arsenal for Gabon’s Pierre-Emerick Aubameyang from Borussia Dortmund.

The same source – who works with Bakambu on image-related contracts – says the 26-year-old player from the Democratic Republic of Congo has signed a four-year deal.

Both the club and the player have posted images about the move – but without giving any details.