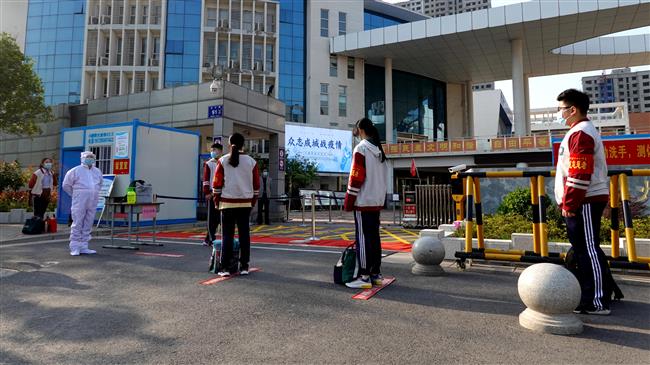 China says not discriminating against ‘African brothers’ amid outbreak 0

China has rejected accusations that it is discriminating against Africans amid the COVID-19 epidemic in the country.

Chinese Foreign Ministry spokesman Zhao Lijian emphasized during a daily briefing on Monday that all individuals in the country, including “African brothers,” were being treated as equals.

The Chinese official rejected accusations by American and African officials about the alleged mistreatment of black people in in China in the middle of the coronavirus epidemic, particularly in the southern city of Guangzhou.

He said accusations that Beijing was racially discriminating in its measures to prevent the spread of the disease were an abortive attempt by the US to harm China’s growing relations with African countries.

A US Embassy security alert on Saturday claimed that Chinese “police ordered bars and restaurants not to serve clients who appear to be of African origin,” and local officials launched mandatory testing and self-quarantine for “anyone with African contacts.”

It had allegedly been rumored that some infected Africans had ignored quarantine measures and gone to a family restaurant, infecting both the owner and his eight-year-old son, who later died due to complications from the infection.

The police and public health bureau in Guangzhou told reporters that officials had responded to rumors that “300,000 black people in Guangzhou were setting off a second epidemic.”

In related news, the Chinese Embassy in Zimbabwe dismissed the accusation that Africans were being targeted and mistreated in the country.

While acknowledging that there had been some incidents, it pointed out that highlighting the events could be detrimental to bilateral relations.

“It is harmful to sensationalize isolated incidents,” it said in a Twitter statement. “China treats all individuals in the country, Chinese and foreign alike, as equals.”

Over 1.84 million people are diagnosed with COVID-19 across the globe, and 114,090 others have died according to the latest data collected by Johns Hopkins University.

China, where the virus first emerged, has brought its epidemic under control, while essentially the rest of the world continues to grapple with rising cases.