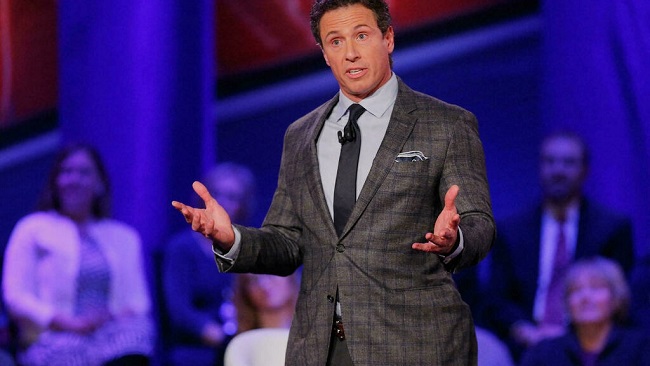 CNN fired news anchor Chris Cuomo, the network announced on Saturday, after “additional information” came to light during an investigation into his efforts to help his brother, former New York Governor Andrew Cuomo, deal with allegations of sexual misconduct.

Cuomo, who hosted CNN’s most-watched prime-time news show, had been suspended on Tuesday. He had admitted in May that he had broken some of the cable news network’s rules in advising his brother how to handle the allegations from a public relations perspective.

Andrew Cuomo, 63, was forced to step down as governor in August after multiple allegations of sexual misconduct. He has denied any wrongdoing.

In a statement on Saturday, CNN said, “Chris Cuomo was suspended earlier this week pending further evaluation of new information that came to light about his involvement with his brother’s defense.”

“We retained a respected law firm to conduct the review, and have terminated him, effective immediately,” it added. The network did not provide details on the new information.

In a statement on Twitter, Cuomo, 51, said he was disappointed.

“This is not how I want my time at CNN to end but I have already told you why and how I helped my brother,” he said.

In journalism it is considered a breach of ethics to use one’s position to advocate for a personal cause or to conduct investigations for personal reasons.

Cuomo was initially suspended after New York Attorney General Letitia James showed texts and other messages in which he sought to use his own sources in news media outlets to find information on the case and the women involved in it.

A criminal complaint charging Andrew Cuomo with a misdemeanor sex offense was filed on Oct. 29 in a New York court.

Andrew Cuomo, a Democrat, gained national fame last year during the Covid-19 outbreak for his briefings about how New York was dealing with the pandemic. He often appeared on his brother’s show during that period.

Chris Cuomo, who had tested positive for the coronavirus and at one point was self-isolating in his basement, had virtually participated in a briefing his brother was holding for other reporters.