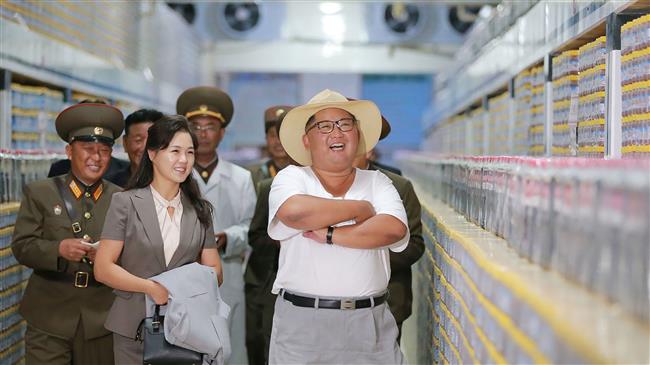 The US has made, and continues to make, “specific proposals for starting and proceeding to the end point of fully verified denuclearization,” including a timeline, the broadcaster reported.

It said the “vague promises” that emerged from the meeting between US President Donald Trump and North Korean leader Kim Jong-un in June have resulted in a diplomatic disconnect.

The brief document produced at the summit included no time frame, no specific promises or milestones to meet, allowing both sides to interpret it as they wished, CNN added.

Washington has linked the lifting of sanctions on Pyongyang to full and verifiable denuclearization by North Korea which insists sanctions be removed first before it takes any further steps.

CNN cited an official with close knowledge of North Korea’s position on the matter as saying that continued negotiations between the US and North Korea hinge on Washington’s willingness to make a bold move and agree to a peace treaty with Pyongyang.

The North says the US is back-pedaling on its promises. North Korea issued a statement at the United Nations on Thursday, insisting that elements of the US government are not adhering to the spirit of the dialogue established during Kim-Trump Singapore summit.

According to the statement, while Pyongyang had taken “such practical denuclearization steps as discontinuing nuclear test and ICBM test fire” and “broadminded measures” such as the repatriation of US Korean War remains, “the US responded to our expectation by inciting international sanctions and pressure against (North Korea).”

The statement did not blame the US president, but singled out some high-level officials within the US administration, who it alleged were going against Trump’s will.

North Korea on Thursday denounced US calls for enforcing international sanctions and said progress on denuclearization promises could not be expected if Washington followed an “outdated acting script”.

Pyongyang has urged Washington to take reciprocal measures for its goodwill gestures, saying the US had responded to its expectation by inciting international sanctions and pressure.