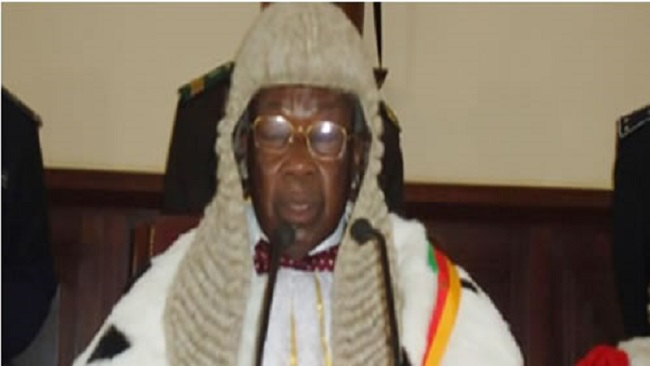 Cameroon’s Chief Justice of the Supreme Court, Daniel Mekobe Sone, on Thursday frowned at lengthy delays to the judicial process which he said was adversely influencing the justice system in the country.

Speaking in the nation’s capital Yaoundé at the solemn opening of the 2021 judicial year, Sone called for measures to speed up the “creeping” judicial process in the country.

“Justice delayed is justice denied. We need to encourage measures that will enhance speedy execution of the judicial decisions,” he said.

According to Cameroon Criminal Procedure Code, no one should be held under preventive detention beyond 18 months but there are widespread complaints of extensive pre-trial detention in the country, according to the justice ministry, citing insufficient number of judges to execute decisions speedily.