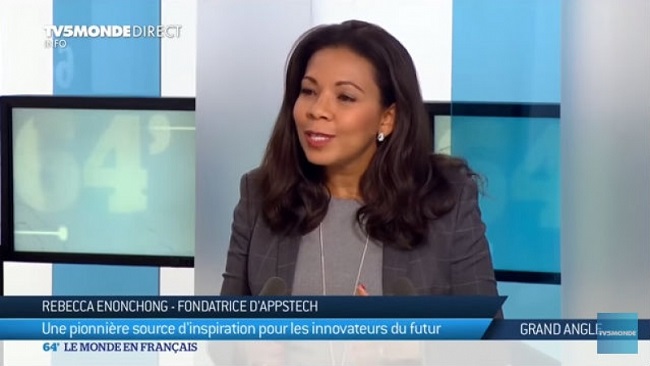 Businesswoman Rebecca Enonchong was arrested yesterday in Douala following an order from a French Cameroun judge at the Court of First Instance in Bonanjo.

The Littoral judiciary is yet to issue a statement detailing the reasons for her arrest. However, people in the know have hinted Cameroon Concord News Douala city reporter that the arrest is part of an ongoing affair in the Enonchong family.

The Enonchong family has also not yet expressed themselves on the subject.

Founder of AppsTech, a company specialize in business management software in more than 40 countries around the world and president of ActivSpaces, one of the main start-up incubators in Cameroon, Rebecca Enonchong is one of the prides of Cameroon internationally.

In 2020, the 53-year-old was named one of the 50 most influential women in Africa by Jeune Afrique magazine.

She is also known for her commitment to the fight against inequality and bad governance. She does not fail, when the opportunity arises, to criticize the management of affairs by the Cameroonian government. Her political opinions have not earned her friends within the Biya governing apparatus.

By Fon Lawrence with files