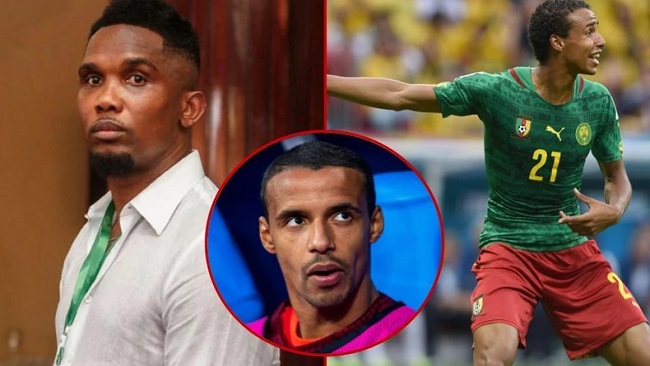 FECAFOOT president Samuel Eto’o has reportedly refused centre-back Joel Matip an opportunity to come out of retirement and represent Cameroon at the 2022 FIFA World Cup in Qatar.

Matip retired from international duties in 2017 subtly citing the chaos in the Cameroon football federation (FECAFOOT) as his main reason.

Five years on, Fecafoot is now led by Samuel Eto’o, the legendary Cameroonian striker with the chaos mostly subsided and his beloved country Qatar-bound for the World Cup.

Joel Matip has now reportedly tried to unretired in a bid to be available for the showpiece which Eto’o has vehemently blocked but is that decision in the best interest of Cameroon or a show of pride which could cost the Indomitable Lions?

The Liverpool defender was one of the few high-profile players in the Cameroon national team at the time of his retirement and his decision to leave them high and dry was selfish even if justified. It appears that Matip left when the going got rough and is now trying to return now that it’s good again, that’s certainly how Eto’o sees it.

Joel Matip’s desire to rejoin the Indomitable lions is mostly self-serving but so is Samuel Eto’o’s decision to block the 30-year-old defender.

What is best for Cameroon?

The truth is, despite Matip’s dodgy intentions, his presence in the national team will do Cameroon more good than harm and that conclusion should be enough for Samuel Eto’o.

Matip was Cameroon’s best defender when he retired in 2017 and has since developed into one of the best centre-backs in the world, a solid rock at the back for Liverpool.

There’s no other real reason for Cameroon to not want him in the World Cup squad other than pride, albeit justifiable pride but still pride nonetheless which can only lead to a fall.

Cameroon will play against Serbia, Switzerland and Brazil in the group stage in Qatar, all teams with world-class players but will somehow not be competing with their only player of that level.

Matip was a part of the last Cameroon World Cup squad in 2014 where they also played against Brazil who were the host nation, his experience is invaluable.

In summary, Eto’o is right to feel how he does about Matip but in his position of power, the bigger picture should be the highest consideration and Cameroonian football should be his number one priority.

But right now it seems his pride and ego supersedes the need to take the strongest possible Cameroon squad to the 2022 FIFA World Cup in Qatar.