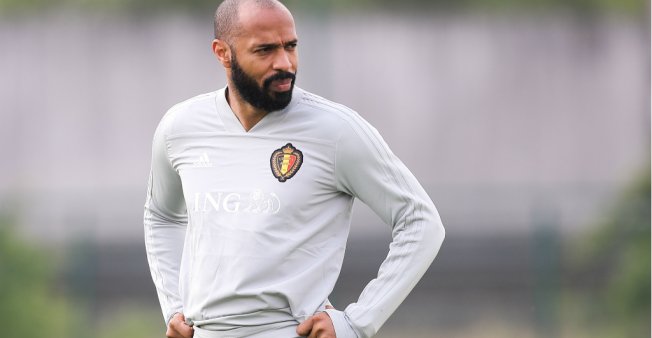 Former Arsenal star Thierry Henry was Thursday appointed coach at MLS franchise Montreal Impact on a two-year contract as he gets a new chance of management after a disastrous spell at Monaco.

Henry, whose baptism by fire as a manager ended in his firing by French club Monaco in January, will coach Impact for a minimum of two seasons.

“Henry signed a two-year deal, with an option for 2022,” the club said on its website.

“It’s an honour to coach the Montreal Impact and return to MLS,” said Henry. “It’s a league I know well, in which I had some very nice moments.

“I’ve always kept an eye on the club and now I’m here.”

Henry becomes the seventh coach of the Montreal Impact in just eight years, succeeding Colombian Wilmer Cabrera, who was acting coach for two months after the dismissal in August of French coach Remi Garde after 10 months in charge.

Henry made his name as a world-class player at Arsenal where he scored 228 goals in 377 appearances, making him the English club’s record goalscorer.

He is also France’s all-time leading scorer with 51 goals in 123 games, in front of Michel Platini.

His much-heralded return to Monaco ended in the sack as the team plummeted to second-from-bottom in the league.

So he must still prove himself as a coach and show he is capable of standing up to the team’s owner Joey Saputo, who is reputed to meddle in the affairs of his managers — including stopping by the team’s locker room to share post-game criticisms.

Henry could have contented himself as a highly-paid TV pundit in Britain, but his desire to coach remained strong.

He previously also turned down offers to be an assistant coach, setting his eyes on the top job after already having been number two to Roberto Martinez when Belgium reached the semi-finals of the 2018 World Cup.

“Call me crazy if you want, but I love football and I believe I can be a successful coach,” Henry told the Daily Telegraph in August.

Despite the Monaco setback, he said: “I came out of it fully reassured that’s what I want to do, zero doubt about it.

“I saw some of my ex-coaches after I left and they said ‘Now you can say you are a coach because you’ve been sacked.'”

Henry’s hiring by the Impact is expected to help revitalize the Montreal club, which has struggled over the years to score big, missing the playoffs in 2019 after finishing ninth in the Eastern Conference.

The team has long been overshadowed by its stronger Canadian rival, Toronto FC, which lost 3-1 to the Seattle Sounders in the 2019 MLS Cup on Sunday.

“Henry will bring a new energy to our club,” Impact president Kevin Gilmore said in a statement.