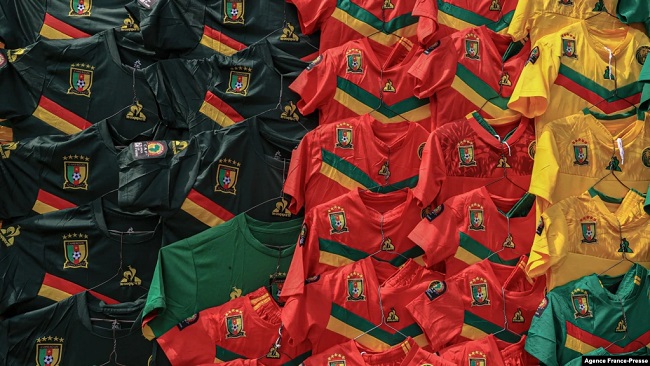 The Cameroon Football Federation (Fecafoot) announced it has terminated its contract with French sportswear manufacturer Le Coq Sportif. In a June 24 statement, Blaise Djounang, the acting Secretary-General of Fecafoot, said the decision will take effect right after the 2022 Women AfCON. That is July 23, 2022.

He did not explain the reasons behind the decision but the statement hints at non-compliance with commitments by the equipment manufacturer. “The president of Fecafoot plans to explore new collaboration opportunities with an equipment manufacturer that respects its commitments and is proud to join its image with the label of the national football teams of Cameroon,” the statement reads.

The new Fecafoot-Le Coq Sportif deal was signed on June 7, 2019, in Montpellier and was expected to last until 2023. But the collaboration has stalled since the signing and the Minister of Sports, Narcisse Mouelle Kombi, asked for explanations from Fecafoot in October 2019.  Narcisse Mouelle Kombi said he noted a real deficit in the quantity of equipment and sports kits made available to the national teams during some major international sports competitions.