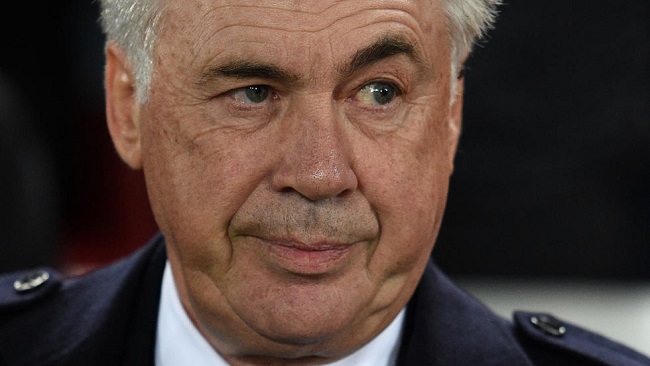 Football: Ancelotti agrees ‘in principle’ to be new Everton manager 0

Carlo Ancelotti has reached “an agreement in principle” to become the next Everton manager, Sky Sports News reported Monday.

The 60-year-old could be confirmed as the Goodison Park boss in succession to the sacked Marco Silva before Everton’s League Cup quarter-final against Leicester on Wednesday.

Ancelotti was himself dismissed as manager of Napoli last week despite taking the Italian club into the last 16 of the Champions League after they had slipped to seventh in the Serie A table.

If he is appointed, it would mean Ancelotti was returning for a second spell in English football after a two-year stint at Chelsea from 2009-11 that yielded a Premier League and FA Cup ‘double’ for the London club in his first season in charge.

Meanwhile former Everton striker Duncan Ferguson is set to continue as caretaker manager for Wednesday’s match at home to Leicester.

The Scot took over after Silva was sacked on December 5 and promptly oversaw a morale-boosting 3-1 win over Chelsea before guiding Everton to a 1-1 draw away to Manchester United on Sunday.

Ferguson, however, has distanced himself from taking the job on a full-time basis.

“Duncan Ferguson is to remain in caretaker charge of Everton for Wednesday night’s Carabao (League) Cup quarter-final against Leicester, the club can confirm,” said an Everton statement issued Monday.