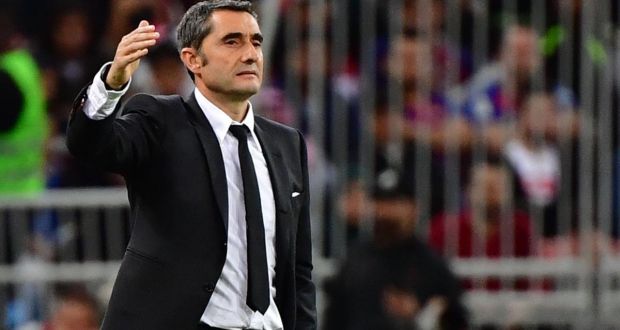 The decision to remove Valverde was confirmed following a board meeting that last over 4 hours.

Barca top the La Liga, but have only won one of their last five matches. Valverde is the first coach the club has sacked mid-season since Louis van Gall in 2003.

Setien was presented at a press conference at Camp Nou on Tuesday afternoon. In a statement, the club said ‘‘Barcelona and Setien have reached an agreement for the latter to become first team coach until 30 June 2022’‘, it said.

‘‘Setien is one of the most experienced coaches in Spanish football. Throughout his career, he has been a proponent of possession based, attacking football that has been attractive to the fans”, it added.

Setien’s first game will be at home to Granada on Sunday.

Barcelona will play Napoli in the last 16 of the Champions League next month and Real Madrid in the league at the start of March.