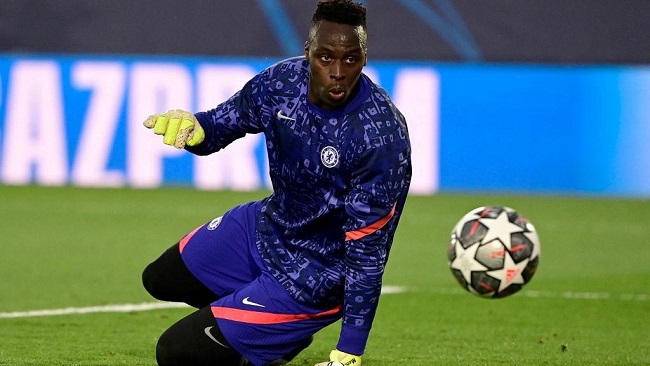 In 2015, Senegalese Edouard Mendy was in Le Havre, northern France, desperate to find a professional club. Six years later, he could be the first African goalkeeper to play in a Champions League final.

He is poised to follow in the footsteps of the heroic Zimbabwean goalkeeper Bruce Grobbelaar, two times finalist in the European Champions Cup with Liverpool FC in the 80s’.

The Senegalese international goalkeeper, who has kept 24 clean sheets this season, becomes a master of his future when he will appear in Porto on Saturday for his first Champions League final against Manchester City.

It will be the crowning achievement of a journey entangled with difficulties for the 29-year-old goalkeeper, who had a promising start.

Born near Le Havre, he became a goalkeeper at the age of 10 years in his neighborhood and was quickly spotted by HAC Academy.

“He had a certain talent, explosiveness, a character that allowed him to have a certain presence in the goal but also in attitude even as a discreet boy,” Michel Courel, his former coach at the HAC Academy said. “He was very diligent and very serious and was a very motivated kid”, he added.

Mendy has been a key player in Chelsea’s squad this season, with 16 clean sheets in 31 EPL games.

The Senegalese goalkeeper has also shined in Chelsea’s UEFA Champions League run, making sure no shot went past him in 8 out of 11 European games.

He hadn’t even been the first-choice goalkeeper there – he spent much of his time on the bench – and he struggled to find another club, repeatedly let down by an agent who was unable to find Mendy a new team in France or in the third tier of England, as promised.

The phone call that changed everything came in 2015 when he was offered a trial at Marseille to become the southern team’s fourth-choice goalkeeper. His pregnant girlfriend stayed in Le Havre.

“When I went down there, it was a case of just giving my absolute everything to get the opportunity to join that club,” Mendy said.

Although he wasn’t the first choice at Marseille, his career was back up and running. He moved to Reims in France’s second division in 2016 and then to Rennes in 2019.

After one season, he had done enough to convince Chelsea’s technical director, Petr Cech – a former player for Rennes and then Chelsea – to bring him to England.

“Now it is up to me to repay their interest in me.”

He has made a good start. Tall and good with the ball at his feet, Mendy already looks a massive upgrade on the erratic Kepa. Crucially, Chelsea’s defenders appear more at ease with Mendy behind them.

Mendy will look to make it three shutouts in three games when Chelsea visits Manchester United on Saturday for the standout match of the Premier League’s sixth round.